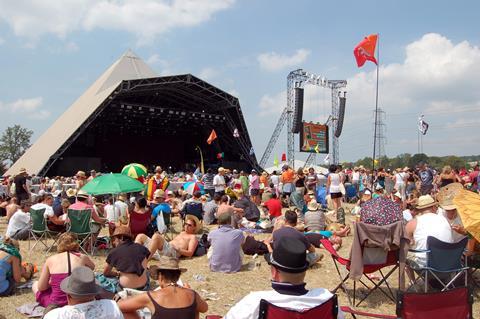 The BBC has revealed its broadcast plans for this year’s Glastonbury festival, confirming that viewers and listeners will be able to experience extensive coverage through BBC Sounds and BBC iPlayer.

The BBC has also launched a dedicated channel through its newly launched app, called BBC Radio Glastonbury, which will allow listeners to hear live broadcasts from Radio 1, 1Xtra, Radio 2, 5 Live, and 6 Music from on-site at the iconic festival.

The BBC coverage of Glastonbury 2019, which runs from Thursday 26 June until Monday 1 July, will feature over 100 performances on iPlayer, while over 30 hours of coverage will be broadcast across BBC One, Two and Four. This will include Kylie Minogue’s performance in the festival’s famous legends slot, and sets from The Killers, The Cure and Stormzy, who recently performed at the launch of the UK’s first 5G service.

James Stirling, Head of BBC Music & BBC Music Introducing, says: “BBC Music is delighted to be returning to Glastonbury this year - giving audiences such a wide range of ways to watch and listen to the best of the festival, whether they’re at home or on the move.

“Glastonbury 2019 on the BBC will see BBC Radio Glastonbury on BBC Sounds, over 30 hours of coverage on BBC TV and live broadcasts across Radio 1, 1Xtra, Radio 2, 6 Music and for the first time - 5 live. There’ll also be over 100 performances from the main stages at Glastonbury available to view on BBC iPlayer – bringing all the variety of this world-famous festival to audiences - whenever and wherever they want to tune in.”