IBC2017: The potential for 5G to provide a catalyst for market disruption is strong, according to experts speaking at IBC. 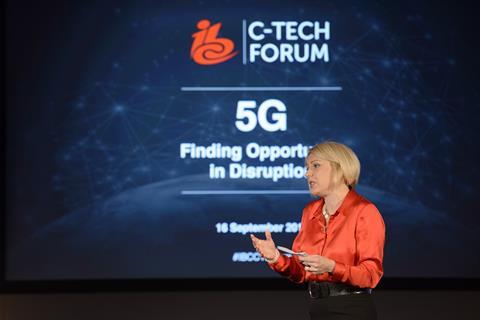 While 5G will improve download speeds and streaming for consumers, it could also open the door for serious industry disruption, delegates to the inaugural ‘C-Tech Forum round-up: 5G’ track heard.

IBC2017 Consultant and Conference Producer, Ton Brand, said: It was my brief to bring together the telco industry and the broadcast industry for the first time ever at IBC2017. Now it has become clear what 5G will be – and most importantly what it won’t be – it is a good time to talk about opportunities and also challenges raised by the technology.”

”5G solves the delivery piece, the last mile which has been an issue in the past – it’s a big threat” - Ton Brand

Interestingly however, from the challenge point of view, 5G could provide the opportunity for disruptive entertainment market entries or consolidations, according to Brand.

“The threat isn’t 5G itself, at all, it’s from the likes of Google and Facebook, who could jump on the bandwagon.

“Imagine what those companies could do once they have fast downloads to your phone. Facebook is already bidding on American football, they made a bid on cricket in India.

“They have the user base, they have the cash to spend, and if they can get NFL and stream it globally, they probably will. 5G solves the delivery piece, the last mile which has been an issue in the past – it’s a big threat.

“The other big potential threat to traditional broadcasters is the way in which TV viewing habits are changing, and migrating to the mobile. Adding 5G into that mix could accelerate that trend further.

Brand said that the industry is beginning to see the opportunity in 5G.

“That’s in terms of how it helps bringing multiple feeds to your device, for example, as well as the opportunity to use 5G for content production purposes, instead of satellite uplinks.”

The first 5G specification will be completed in early 2018, which means the first standards-based networks will begin to be deployed between 2019 and 2020.

“As we have seen with previous network rollouts, it will be a gradual rollout based on business case,” said Brand.

“And as with 4G, high demand metropolitan areas will be enabled first, and then deployment will widen out. This process could well take several years, out to 2025. In terms of handsets, the first chipsets will ship in 2019, so it’ll be six months or so before consumers have 5G phones in their hands.”

Other 5G improvements are expected to include mobility support up to 500 km/h, and support for 1 million devices per square kilometre.

Brand said: “There was discussion around potentially using 5G technologies to replace RF microphones, for example, which would theoretically make them more reliable, and better quality. However, applications like this will have to wait until chipsets are available, so it’s a little down the track.”