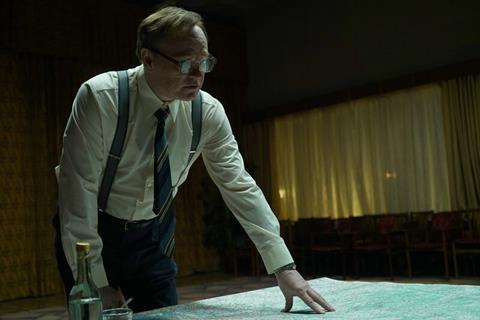 Comcast-backed Sky has confirmed it will double its Europe-wide investment in the development and production of original new content.

Over the next five years Sky’s output in original content will more than double from its current commitments.

The announcement was confirmed after the success of Chernobyl, which the company said has been the most successful original production to date.

Sky also pointed to its record number of Bafta winners and several other European successes such as Das Boot and Gomorrah as successful case studies for audience success.

“We look forward to working with the whole creative community, from individual creators to the big independent producers to produce more of the original content our customers love.”

Sky Studios will produce and develop original content across all genres, with a focus on drama and comedy and said it will ensure the commissioning emphasis is focussed on quality.

Sky Studios plans to double the amount of originals currently produced by Sky and will work in close collaboration with local Sky leadership teams.

Next month the production on Sky Studios’ first international project will begin, a six part drama called The Third Day, a co-production with HBO and starring Jude Law.

In the company statement it said the original productions success with its NBC and Universal partnerships position the company strongly to expand its leadership team and business as a global, profitable and strategically important pillar in the industry.

Sky Group chief executive Jeremy Darroch said: “This is a transformational development for us. Sky Studios will drive our vision to be the leading force in European content development and production. Our ambition is to make Sky Studios famous for quality content and a place where Europe’s top creatives will want to do their best work.

“Being part of Comcast enables us to increase our investment and to maximise the advantage and leverage of the Sky Group and our partners, NBCUniversal. This is a clear signal of Comcast’s belief in our commitment to producing the best original content in Europe.”

Sky has 23.7 million customers across seven countries in Europe and was recently backed by Comcast.

Comcast outbid 21st Century Fox in the acquisition of Sky last September after months of bidding back and forth. The auction saw the final bid at $22.65 per share, valuing Sky at $40.1 billion, more than 25% higher than its previous offer.

According to Variety a large proportion of its budget goes towards sports rights with original dramas and films factored in to market to its key territories which include the UK, Germany and Italy.