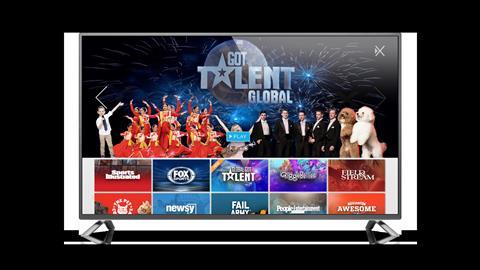 Has Xumo got talent? Comcast bids on the ad-supported streamer

The free advertising-supported streaming service Xumo - founded by Myspace owner Meredith Corporation in a joint venture with Panasonic - has been bought by Comcast.

Comcast confirmed the acquisition in a brief corporate statement yesterday. Whilst the terms of the deal were not disclosed the firm said Xumo will continue to operate as an independent business inside of Comcast Cable.

Various reports including CNBC - which cited people familiar with the matter -claim Comcast paid more than $100 million for the company which has 55 employees and around 10 million active monthly users through its placement on smart TVs.

Xumo’s multi-screen network of distribution partners includes major smart television brands who it has partnerd with to to curate rich, free, media experiences for global audiences.

In the statement, Comcast said: “The talented team at Xumo has created a successful, growing, and best-in-class set of streaming capabilities. We are excited for this team to join Comcast and look forward to supporting them as they continue to innovate and develop their offerings.”

Last year Xumo reported 5.5 million active users and, according to chief executive Colin Petrie-Norris who spoke to Business Insider, the company saw 300% year-on-year growth in revenue during the first quarter of 2019.

The company was started in 2011 in partnership with Panasonic and by Myspace parent company Viant, which is now a part of the media conglomerate Meredith Corporation.