According to Paul Atkinson, product specialist, Pro Video + Cinema EOS for Canon Europe, the C500 Mark II is designed to be “small, but extremely versatile” for cinema and high-end broadcast. 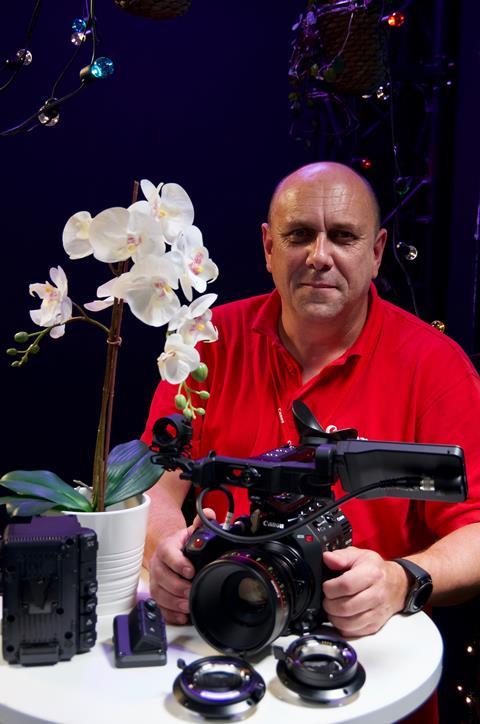 Sporting a 5.9K sensor similar to the C700FF, it offers 15+ stops luminance and wide colour space. It is the first camera to use the new Digic DV7 processor and supports 2.1Gbps Cinema Raw Light and 810Mbps 4K 4:2:2 10bit XF-AVC recording (using new, faster dual CFexpress cards for Raw). Even when recording 4K, it captures 5.9K and oversamples to supress moiré and improve noise levels. It can record up to 60fps in 4K and above, or 120fps in HD.

The C500 Mark II comes with a user-changeable lens mount – useful for rental houses. An EF mount is standard, but it can take CineLock EF with dual pixel auto focus or PL-mount with /i Technology metadata. A B4 mount can also be fitted.

It is small enough to be used on drones or gimbals, and users can plug in the connectivity they need, with a small extension for genlock/sync, remote control and Ethernet, or a larger module including a V-lock battery mount.