2021 in review: Vendors and technology

In our second review of the past 12 months, we look back at supply chain issues, mergers and acquisitions, the rise of remote production and the dawn of the metaverse.

Bottlenecks in the global supply chain and a semi-conductor shortage continue to be a significant obstacle with the issues first raised by the IABM mid-year. 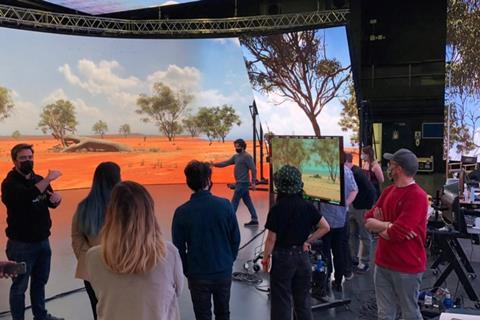 Virtual Production - VP stages are opening up across the world

Chips for smartphones and new vehicles are among the most affected but broadcast industry vendors felt the knock-on to their ability to source GPU, CPU, motherboards and other components to fulfil orders for everything from servers to switchers.

In the case of consumer electronics, the move to remote working and the concurrent disruptions in global supply chains caused by COVID-19 produced an imbalance between demand and supply.

The IABM’s poll in April showed that this is a serious issue for most media technology suppliers, and it is a global problem. Anecdotal research highlighted that this is not a temporary situation but rather a structural shock that may have prolonged effects.

In response to the shortages, around 40% of the media tech vendors said that they were looking for alternative vendors or redesigning their products, and almost the same number of respondents said they were extending order lead times, ordering in advance or paying more.

Vendors including Ross Video and Grass Valley talking to IBC in June said they didn’t expect the issue – which can cause delays of months rather than weeks - to be resolved until at least mid-2022.

Fears of inflation have yet to materialise but there is a further fly in the ointment. There is a huge reliance (from companies including Apple, Qualcomm, Broadcom, AMD, and NVIDIA) on chipmakers based in Taiwan. A simmering China-US trade war the risk of conflagration over Taiwan poses a geopolitical risk. Making components in higher wage economies like the US is likely to mean price rises.

August saw the most jaw-dropping vendor news of the year when Adobe spent $1.275 billion on production management tools company Frame.io.

Respected analyst Devoncroft was left dumbfounded, admitting, “We do not have an explanation for the valuation level.” Especially when on the date of acquisition “it is unlikely profitability had been achieved.” 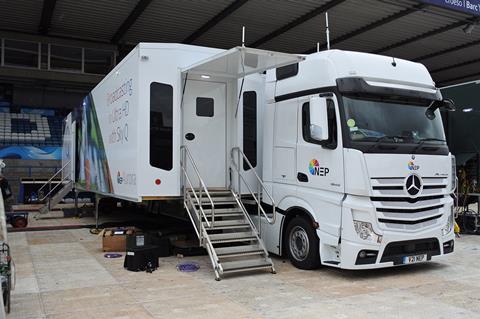 OB firms like NEP are pivoting to cloud-enabled production services

Eyebrows were also raised at the $1.97 billion valuation of video SaaS provider Kaltura in March. The New York-based company had to return to the market mid-year with a lower offer valuing the company at $1.4 billion yet it too has not made a profit. Kaltura’s net loss for the third quarter 2021 was $25.2 million compared to a net loss of $6.4 million for the same quarter of 2020.

How to explain this? Devoncroft observes that in Kaltura’s IPO filing it claimed an addressable market of $55 billion. This is larger than the best industry estimates for the entire broadcast tech industry, notes analyst Josh Steinhour.

Sure enough one of Kaltura’s strengths is the real-time video conference market which it estimates at $39 billion - though there was no source offered for this number.

There are merits to this approach, says Steinhour acidly. “It is quick, inexpensive, easily explained, and arrives at a flatteringly high figure. The downside is no third party should believe it and no management team should base decisions on it.”

Kaltura is not the first and will not be the last to take this approach. “Only slightly fewer than every public company in the media technology sector manages to find a means to ‘credibly’ suggest an exceptionally large and growing market,” Steinhour says.

However, these valuations chime with market optimism about future demand for cloud, as-a-service and software-based media tech.

Avid is a case in point. It has had a stella year, beating most market expectations (Q3 revenues increased 12.4% YoY) with cloud-enabled software subscriptions up by 35% year-over-year to approximately 389,000. Mid-year its stock rose to the highest it has been since 2005, valuing the company at $2bn.

“We see Avid being a predominately software, subscription, and SaaS company by 2025, if not sooner,” said Avid CEO Jeff Rosica to investors.

Steinhour’s reponse: “Stock prices are based on the future, though the future is only believed by way of a reference to past and present performance. It would appear Avid has managed to clear some invisible milestone among investors to refocus them on the future opportunity.”

Sport began the year in a bubble, broadcasting live events without spectators and gradually returned to something like normality – but the new routines and the uncertainty of the future means much of this will stick.

“Remote is now standard for us,” BT Sport chief operating officer Jamie Hindhaugh told IBC365. “I think we’ll still rely on agile working and workspaces going forward. Travel is hard and even more so as the pandemic seems to retighten its grip so we need to bring back the live experience in all the ways we can. We still rely on vMix at operator homes for coverage of Premier League matches, for instance.” 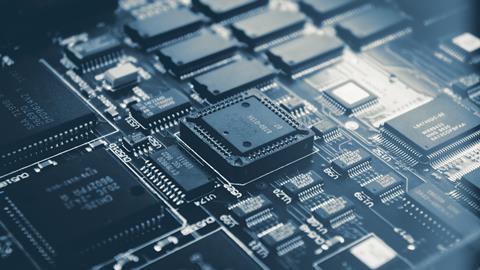 “The trend toward personalisation and experiences that give the audience more input into programming is a very exciting trend for us,” Hindhaugh said. “Covid has challenged us to think how we create personalised experiences that are not just about a two-dimensional sound and picture.”

The sporting centrepiece of the year, the Tokyo Olympics was a hybrid or fully remote affair for most broadcasters with Discovery and the BBC relying on virtual studios as backdrops to presentation. The innovations of host broadcaster OBS also showed how sports could evolve in terms of greater immersivity. This included rings of multiple 4K cameras at venues like BMX freestyle which, when stitched together, created a unique 360-view of the action.

Traditional OBs aren’t going to be scrapped anytime soon. NEP for instance is still investing in trucks with new CTO Pete Emminger telling an SVG Europe summit, “There will always be a place for trucks. Yes, a lot of workflow is moving to the cloud but being onsite has a lot of value.”

OB firms like NEP are pivoting to cloud-enabled production services but some aren’t so lucky. Arena TV suddenly ceased trading in November after launching a new decentralised production hub on the back of helping BBC Sport to deliver the remote production of the FA Cup Final.

To many people Virtual Production means The Mandalorian, the ILM and Disney posterchild for filming a VFX-driven episodic show inside of an LED volume. Yet this is just one style of one aspect of the tools and techniques governing the interaction of physical with digital worlds which spans the gamut of content creation from pre- to post.

Awareness of this knowledge gap is the first step in expanding VP into all types and budgets of production.

“We see virtual production as an approach to production that connects all parts of the production process (pre- through post), and requires an advanced culture of planning,” Andy Fowler, VP, Production Innovation, told IBC365.

VP stages are opening up across the world; one of the biggest outside LA is Dark Bay at Studio Babelsburg in Berlin which housed Netflix drama 1899.

However, many seasoned filmmakers aren’t accustomed to the idea of making every decision in terms of effects imagery before production occurs and may find the process counterintuitive.

“Over the last twenty years we’ve all got used to the idea of fixing things in post but Virtual Production upends this,” says Erik Weaver, Director of Virtual & Adaptive Production - Entertainment Technology Center @ USC who is co-curating a Supersession at the HPA Tech Retreat early in 2022 on just this topic.

“Successful virtual production requires a renewed focus on filmmaking disciplines otherwise there is a real risk of the whole project spiralling out of control.”

One of the virtues of a virtual production stage is the economies it can bring in terms of physical footprint yet remarkably the demand for conventional studio space remains insatiable.

A July report from real estate services agent JLL, which includes contributions from the British Film Commission, highlights that the demand for new studio capacity in the UK has never been greater, with up to 4.5 million sq ft of new development under consideration in order to meet it. This is more than double the current amount of permanent stage space in the country.

Welcome to the Metaverse – nothing to see here

The metaverse burst into the open in 2021 although the fight for the soul of the successor to the 2D internet has barely begun. Even ITV got in on the act with a version of its game show The Void, released inside popular video game Fortnite; another gaming activation to support I’m A Celebrity and an investment in a startup agency Metavision, which helps bring entertainment IP and brands into the metaverse. Arguably these could have been marketed just as an online or digital brand extension - it’s not yet clear what makes the Metaverse different to other platforms.

That will come, the theory has it, when there is the ability to buy and transport digital assets from one game to another, or one part of the internet to another. That ability in itself relies on standard technology stacks like Universal Scene Description which Nvidia is leaning heavily on and on blockchain for tracking of assets and money.

Absent that and the opportunities for filmmakers lies in content creation and in that sense nothing really changes. The creation of computer games, CG animations and the games-engine rendered backdrops of VP require the core skills of someone versed in how to photograph light. They are called cinematographers. How about telling the story in the best way that’s going to appeal to a target audience from the maze of potential sound and images available? You’ll need an editor for that. And a director and /or scriptwriter who has the creative storytelling vision in the first place.

One of the points about the metaverse is that it is a simulation of the real world. It is a digital copy.

As Dave Shapton succinctly put it, “Fundamentally, for metaverse experiences to seem real, they have to be based on real things. That means someone has to create the images, because they’re not going to be coming directly from someone’s mind - at least, not yet.”