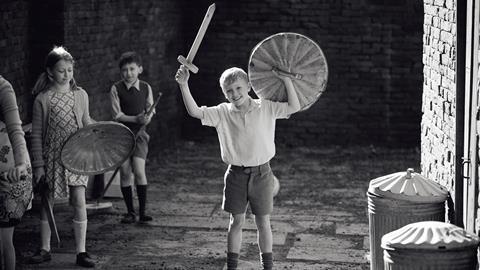 Behind the scenes of Kenneth Branagh’s Belfast

Kenneth Branagh’s biographical family drama reclaims the city in an era where the streets had no name. Editor Una Ní Dhonghaíle speaks about cutting the drama.

Lockdown gave Sir Kenneth Branagh the time and space to unlock a memoir of his childhood growing up in Northern Ireland. The result is a love letter to Belfast and its citizens set just before ‘the Troubles’ in 1969 and, given the film’s title, an attempt to reclaim the city’s name from its association with a more violent recent past. 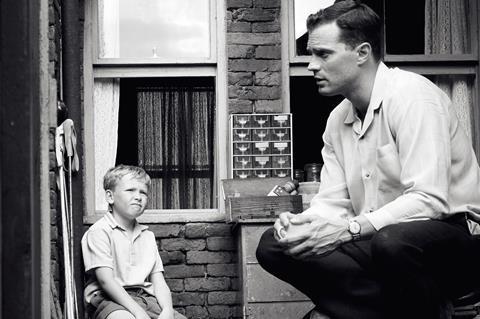 “Most stories of Northern Ireland on screen concentrate on the fear and division instead of the friendship and love that existed prior to the Troubles,” says the film’s editor Una Ní Dhonghaíle. “We wanted to give a voice to that unspoken truth.” 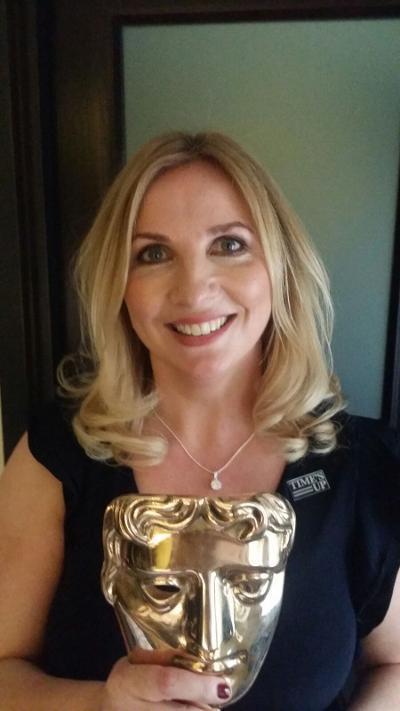 The film in fact begins with a riot, an event later viewed as the prelude to three decades of political and sectarian violence. But conflict is not where Branagh’s heart lies. This drama is about a family in a shared working class community which is semi-autobiographically Branagh’s own.

“By telling this story through the eyes of a child Ken doesn’t have to get involved in the complexity of Northern Irish politics,” says Ní Dhonghaíle. “You couldn’t do that in a three-hour film let alone 90 minutes. We do have a little bit of archive for context but if we put in too much then you’d have to explain more and more. There are so many sides to Northern Ireland, you can’t get away with just doing one side. Belfast is Ken’s experience of Northern Ireland as expressed through the character Buddy.”

Nine-year old Buddy (Jude Hill) lives with his Ma (Caitriona Balfe) and Pa (Jamie Dornan) and near his Granny (Judi Dench) and Pop (Ciarán Hinds). In fact, the whole neighbourhood is one close knit community, Protestant and Catholic alike.

“When you’ve got great friends on your street and you’re in love with the girl in your class and your parents are telling you they want to emigrate to London,” Ní Dhonghaíle says, “that’s your big problem, not what is going on at the adult level.”

“After the first assembly of the film Ken decided to take out all the music we had from the period apart from that of the authentic voice of a Belfast man – Van Morrison. Ken chose all the cues. He knew which songs resonated with him even though the songs may have been written in the 1980s or 1990s,” Una Ní Dhonghaíle

The most obvious inspiration seems to be John Boorman’s Oscar nominated 1987 picture Hope and Glory drawn from Boorman’s memory growing up during World War II. Ní Dhonghaíle’s immediate attention was drawn to the script’s affinity with Dennis Mitchells’s Morning in the Streets from 1958 documenting working class communities in Liverpool and Manchester.

“He was one of the first filmmakers to record dialects and accents from around Great Britain not just received pronunciation,” she explains. “The poetic realism of that piece links to Belfast, whether Ken referenced it or not. He has captured the authenticity of the era and the vernacular of the people.” 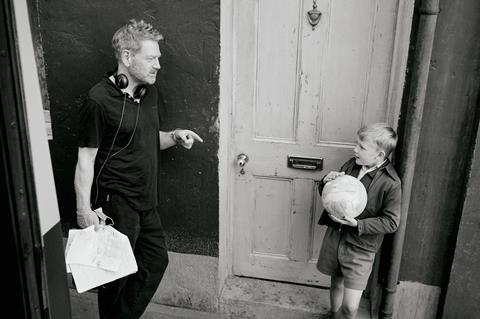 The film was shot on a set designed by Jim Clay in the grounds of a school near Longcross Studios, Surrey where Branagh and Ní Dhonghaíle as well as the film’s DP Haris Zambarloukos were working on the final stages of sumptuous Agatha Christie adaptation Death on the Nile. 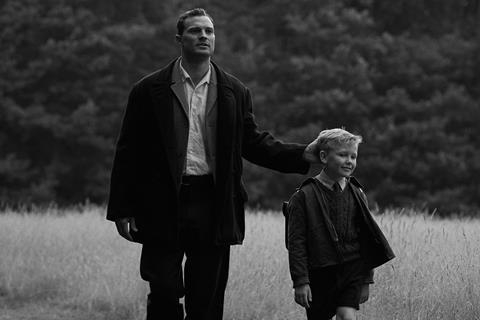 The lower budget Belfast was shot under Covid conditions in September 2020 with the editor working remotely from her home in Dublin. She would send cuts to her assistant in London who prepped the clips for Branagh to view on an Avid and large screen in his house.

“After the first assembly of the film Ken decided to take out all the music we had from the period apart from that of the authentic voice of a Belfast man – Van Morrison. Ken chose all the cues. He knew which songs resonated with him even though the songs may have been written in the 1980s or 1990s.”

The film features eight classic Van Morrison tracks and a new song written for the film prior to the shoot. “It was a good decision since it meant I could focus on sound design – adding in sounds of Belfast harbour, the sound of the sea essentially the sound of the city.” 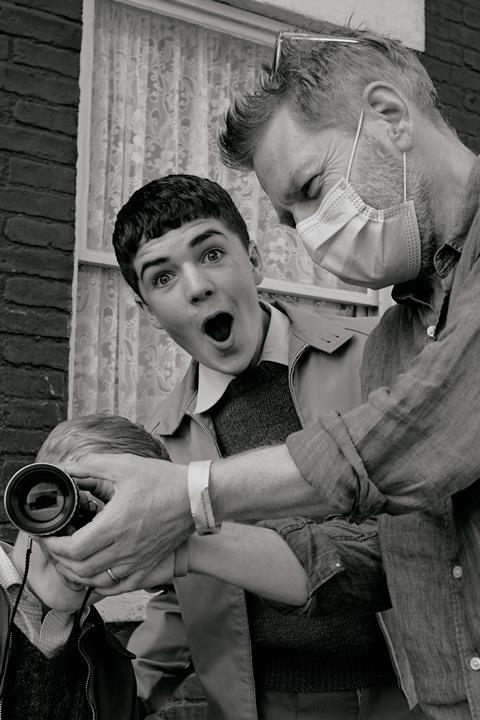 Aside from the riot scenes where he deployed two cameras, Branagh staged most of the set-ups with a single camera. “The stillness allowed the sense of memory to breathe,” Ní Dhonghaíle says, although this gave her little room to cut in terms of coverage and put the emphasis more on constructing the story.

“If we moved a whole scene we found we could strengthen the story or create a better flow of the film. There is one scene concerning Pa going back to England that we moved to later which had a more visceral, emotional resonance for any parent who has to leave their children.”

She adds, “When you are no longer in the same room as your director, because of Covid, you have to devise a strategy where you can forensically interrogate your rushes to make sure you’ve found the best part of the story to tell. Ken’s confidence in own film makes him a gracious collaborator.”

The story is also personal to Ní Dhonghaíle whose father has lived an extraordinary life that bears witness to the themes in the film.

Danny (Donal) Donnelly was just 17 when he was interned without trial in 1956 and jailed for 10 years essentially for being a civil rights activist (he was never a member of the Provisional IRA). On Boxing Day 1960, aged 21, he escaped from Belfast’s Crumlin Road prison and avoided recapture despite a massive manhunt with the help of members of both republican and nationalist communities. Donnelly, who was christened the ‘invisible man’ by the authorities because they couldn’t find him, was pardoned in in 1986 (long before the Good Friday agreement). In 2014 he retraced these events in a documentary The Invisible Man, which Una directed. 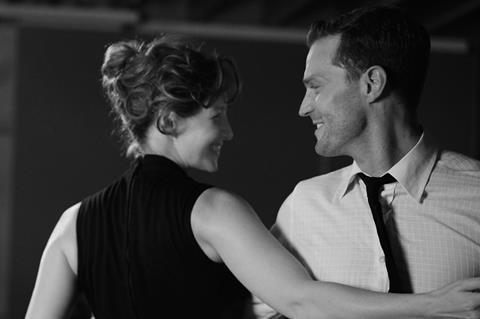 “His is a story of hope because what shines through is the friendship of ordinary people, mainly women, who helped my father to safety,” Ní Dhonghaíle says. “I grew up in Dublin and dad always spoke about the friendship between Protestants and Catholics. That resonated with me when I read Ken’s script.

“I found that Pop was very much like my dad - always with an easy turn of phrase, a great knowledge of poetry, the effortless ability to break into song or verse to emphasise a point. The film also depicts great intimacy and kindness between the generations where grandparents and parents lived in terraced streets around the corner from one another.” 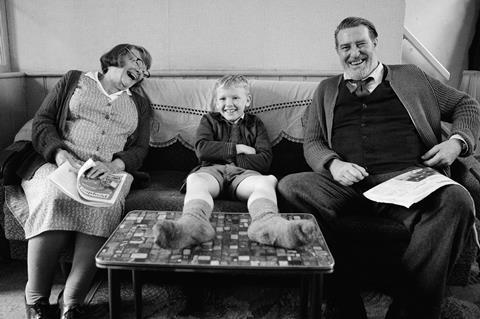 Belfast: the whole neighbourhood is one close knit community

Donnelly, now 82, recounted his story in the book ‘Prisoner 1082’ in which he wrote that had politicians attended to the civil and social injustice of the 1950s in Northern Ireland then in all probability the Troubles would not have happened.

“Critics [of Belfast] might question whether Catholics and Protestants could have lived as neighbours and acted with such humanity and compassion but my dad’s story is a validation,” says Ní Dhonghaíle. “He could say he lived through it.”

Donnelly has also seen a test screening of Belfast and - invited onto our Zoom call to talk about it - describes Branagh’s depiction as “unusual in so far as it’s coming from a soft unionist point of view.”

He says, “Usually, on screen we see the extremes of Republicanism or occasionally the loyalist story but never something like this. It’s an enchanting gem in my opinion.”