With more and more platforms needing to be fed with fresh content, colourists require grading solutions that are easy to use and supportive of streamlined workflows, writes David Davies. 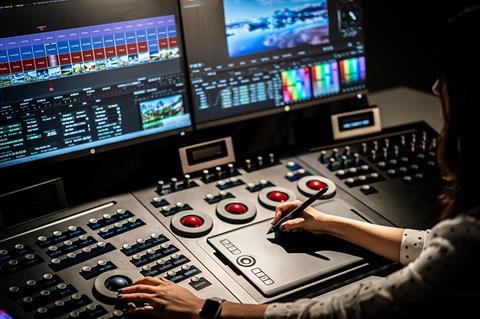 It would not be accurate to say that the job of the colourist has become easier in recent years. Not only has the potential volume of projects to be managed increased as a result of OTT sector growth, but there have also been fresh challenges with the incorporation of technologies such as High Dynamic Range (HDR) and ACES (Academy Colour Encoding System).

Adrian Gonzalez Diaz, Mistika boutique product manager at SGO, observes that “today a colourist not only has to deliver high quality and great-looking content but also has to be able to design colour-managed workflows in several different colour spaces and fulfil a much broader spectrum of finishing tasks. This means they have to be equipped with a platform that will facilitate complying with demanding delivery and workflow standards.”

Although the grading segment is not one of the industry’s most competitive, these new challenges have meant an increase in demand for solutions that allow colourists to benefit from a more extensive roll-call of “complementary tools”. 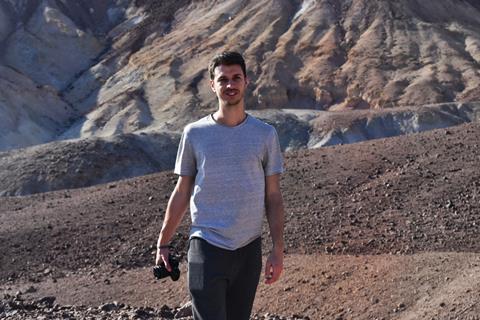 Grading across formats
Toby Tomkins, co-founder and director of London colour grading and finishing company Cheat, confirms that being able to work effectively across content types and formats is a fundamental priority. As well as short-form material including commercials, “it’s important to be able to work on long-form content and TV series, and not run into caching or rendering requirements as everything is rendered on the fly,” he says.

Noting that Cheat is often “required to do more in the time” allocated for a project these days, he cites “delivering HDR where an SDR trim is also required as a prime example. [Translating] a scene from HDR to SDR will require adjustments, such as those related to mapping reacting due to peak luminance and average luminance. Those adjustments can be quite time-consuming.”

For these and other reasons, Cheat now overwhelmingly uses Blackmagic Design’s DaVinci Resolve for its grading work. “It is very effective at all the processing tasks, whereas I have found that some other software seems to struggle there,” says Tomkins. He also cites the efficiency during work on Season 2 of The End of the F***ing World of “being able to hold the conform in Resolve and play out IMF directly from the RAW straight to our Netflix HDR/IMF delivery. We were able to [undertake changes] and drop them back into Resolve, meaning that both the edit and final master could be held in Resolve.”

On a purely creative level, Tomkins highlights the existence of “a new push towards naturalism and authenticity. We can see that in the kind of stories being told in advertising, and I think that grading is now starting to reflect that. More and more, [the look of a commercial] tends to be more of a photographic response rather than an imposed look.”

While the shutdown of large parts of the creative industries due to Covid-19 is sure to have a longer-term impact on grading, Tomkins says that Cheat has been “very lucky in that we have been working on our first-ever long-form nature series. It’s really our first-ever foray into long-form factual entertainment and it has meant that we have kept busy.”

Incremental improvements
In line with colourists’ more expansive roll-call of requirements, grading vendors continue to focus on incremental improvements that aid greater flexibility across projects. For example, Blackmagic Design’s latest Mini switcher, ATEM Mini Pro ISO, introduces the ability to take a live mix straight into a DaVinci Resolve timeline where users can adjust edits and add a grade/colour correction, among other tasks. To coincide with this launch, the latest version of DaVinci Resolve (16.2.5) adds support for incoming projects from ATEM Mini Pro ISO. 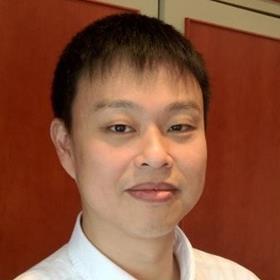 More than any single technological trend, Kataoka indicates that grading is now being shaped by the growth in the production of original content for both cable and OTT. Consequently, “the need for efficient professional colour grading has risen significantly, and the previous style of a lavish grading environment set-up has been pressured to accommodate more cost-effective solutions. We need to be able to match these requirements and prepare to provide solutions for various needs.”

As well as flexibility of actual grading, Kataoka believes that the editing and IO capabilities that support the grading workflow are also pivotal. Hence Rio’s popularity in areas such as animation, drama and 8K, where customers have also been able to utilise “functionalities such as smooth frame-rate conversion, real-time video effects, and 8K real-time processing.”

Meanwhile, the last few months have seen SGO release a substantial upgrade to its Mistika software in the form of Mistika 10. This latest release introduces “a completely redesigned colour interface, bringing several new and enhanced existing grading functionalities,” says Diaz. “When planning the new layout of the colour interface the main goal was to facilitate ease-of-use without discarding any of the existing features or limiting Mistika’s extremely powerful colour corrector. Once we achieved that, we added new functionalities we believe would bring extra value.”

These new functionalities include scopes integration to primaries and bands; new system in primaries to control offset and contrast with a trackball; quick access in curves and qualifier to add points and choose tones; and reorganised RGB curves. Looking ahead, Diaz reports that SGO will soon release another upgrade with all-new Colour Tools, designed to give operators “even greater control over subtle colour adjustments”.

He also gives a few hints about longer-term developments for Mistika 10, including the GUI redesign of other grading management tools, beginning with FX Presets and Storyboard. Diaz notes: “By overhauling these two areas, users will not only be able to perform colour correction at the highest level of precision and finesse but also manage grades between hundreds of shots with increased efficiency.” 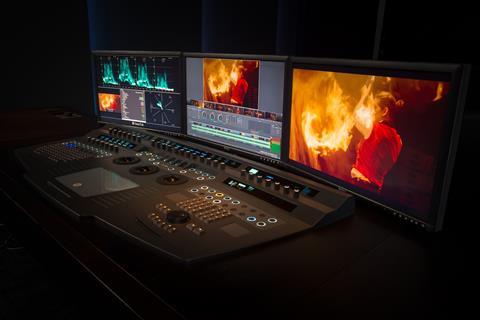 Complementary tools
As workloads continue to become more intensive, most vendors believe that facilitating further reductions in time spent on routine tasks – including everyday media management and processing – will become even more crucial.

More and more, concludes Diaz, “grading systems not only have to offer professional color-grading toolsets that will help colourists achieve great-looking images, they also have to offer them a complete spectrum of other complementary tools that will allow them to design fully optimised, time-efficient and non-destructive workflows. After all, technology is here to help content creators to tackle challenges and reduce bottlenecks with automated workflows.”