While some recent developments have raised questions about the stability of crypto, there are plenty of companies who are fired up about the potential of NFTs in the metaverse, reports David Davies.

For those who have always looked at the emergence of virtual currencies and content delivery with suspicion, it was perhaps the story they had been waiting for. The dramatic fall of Sam Bankman-Fried and cryptocurrency exchange firm FTX late in 2022 did appear to confirm that at least some of the volatility of this large but still relatively new market had practical roots. Cue an inevitable flurry of business page leaders and podcasts questioning the future of the cryptoverse and related technologies and platforms. 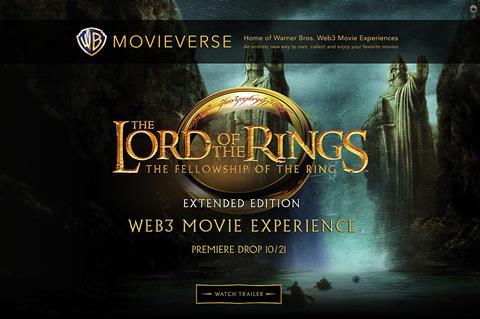 But despite these recent events, there are still plenty of analysts who are predicting that crypto will surge again in 2023. A recent NextAdvisor/Time article indicated that the onset of effective regulation and “institutional adoption of crypto payments” is set to bring greater stability to the market. The passage of time and the advent of more ‘real world’ uses should also engender greater confidence.

Whatever your view, the next year is likely to be instrumental in defining the long-term future of virtual currencies and marketplaces. But if there is undoubtedly some cause for concern, it’s certainly not dimming the enthusiasm that many creatives and technology developers feel for the opportunities heralded by, in particular, the blockchain-based, cryptographic asset form the NFT.

In a recent IBC 365 article we explored the recent trajectory of media-oriented NFTs from experimental projects to increasingly mainstream artefacts. In this follow-up, we’ll look at the emerging relationship between NFTs and the metaverse, and the extent to which NFTs could be the conduit for unique and highly enriched content experiences in this new landscape.

NFTs & the Metaverse: ‘Creative and fruitful’

A recent article by business magazine Forbes provided some welcome insight into this area of innovation, noting that “despite the relative novelty of [NFTs and the metaverse], several companies have already found creative and fruitful ways to use both simultaneously”. As well as highlighting what appears to be a particularly solid (and potentially very lucrative) application in the real estate industry, the feature identified two tantalising areas of possibility that are very relevant to Media & Entertainment (M&E). 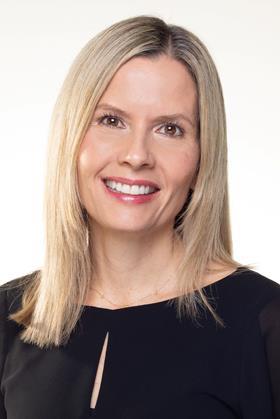 The placement of NFT artwork in the metaverse – whereby VR can enable artworks to be viewed in remarkable detail – is perhaps the most well-understood example at present. But there is also considerable scope for the development of virtual marketplaces, noted the Forbes article: “With apps like VRChat, spaces for communication in VR are already thriving, and it not a huge leap to assume that these spaces can also serve as a fertile trading ground for NFTs. Sellers can easily provide links and previews to assets on the web or mint assets directly in the VR landscape.”

Pointing to innovative projects by brands such as Nike, the article concluded that embracing NFTs and the metaverse could also prove a competitive asset and help “paint your business as a future-oriented one”. It’s a sentiment echoed by Meredith Wolcott, sales director at The Switch, which has a long history of delivering complex online video solutions for major brands and global live streaming events.

The company is continuing to “find ways of melding [what might be termed] land-based reality and virtual reality. The Switch is really known for dealing extensively with sport enterprise clients, [but] now we are finding that NFTs and the metaverse are a great way to get into other areas, such as brands in fashion and [other areas] of entertainment.” In particular, these environments yield new methods of “selling additional services and engaging clients so they are thinking outside the box more than the standard approach of ‘here we are at [this event]’.”

Hence the increasing willingness of M&E customers to explore the potential that exists for “any video we capture or put across the network being created as an NFT”. In a sports context, this might entail content from live games as well as “highlight reels and [other] already captured content where you just need to insert blockchain into it.”

Wolcott understands the nervousness that continues to be felt in some areas of the industry about these new-generation services: “I think it does scare some people, particularly the older generations because it’s not as tangible as cash.” Ultimately, though, these developments are likely to achieve lasting traction “because of their ability to engage with fans, and the potential they bring to increase the reach of their brand and buying power with the younger generation.”

There is also acknowledgement that companies taking this path will “need to have discussions internally about investing in metaverse technologies and blockchain, and [whether they are] willing to do business within the crypto currencies.” Nonetheless, Wolcott is evidently excited about the potential of this area for both The Switch and media as a whole:

“Not only are you increasing brand and fan engagement, but you are also creating a community of purchases and revenues that normally you could not get.”

In such a relatively new sector, content blockchain pioneer Eluvio is already considered a stalwart of media NFT development. Its latest innovation, announced in October, is the inaugural project in the ‘WB Movieverse’ that sees it partnering with Warner Bros. Home Entertainment for The Lord of the Rings: The Fellowship of the Ring (Extended Version) Web3 Movie Experience. Described as a “multimedia living NFT”, the project allows fans to engage with the film through two dynamic menu experience options – The Mystery Edition and The Epic Edition. Both editions enable owners to watch the extended version of the film in 4K UHD, access hours of special features, view image galleries, discover hidden AR collectibles, and explore themed navigation menus based on iconic locations from the movie, as well as own and trade the experience in a community marketplace. 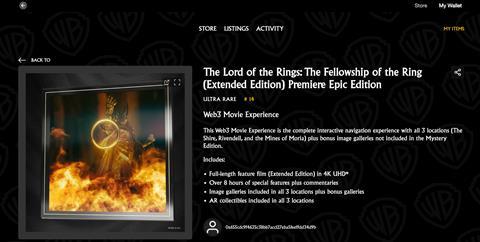 Describing the LOTR project as “an epic living media experience”, Eluvio CEO and co-founder Michelle Munson also takes an evolving view on the emerging relationship between NFTs and the metaverse. “I am very pragmatic about these things because I build technology to enable them,” she says. “The most important and grounding facet is what it actually means to have blockchain ownership of media and content, because to be able to exploit what is talked about [with regard to] the potential of NFTs and metaverse experiences, two basic elements need to be true. The first is that users and collectors have to be able to get at the ownership facet – the on-chain asset – easily, and that means reducing friction in the technological complexity. This means bringing down costs with efficiencies, and also making sure that the platforms used are carbon efficient – both on the blockchain and in the wider sense. It’s a very tall order and something that in our platform and innovation we pay particular attention to.”

The second element identified by Munson revolves around the ability to have the “fundamental property – the content experience – be meaningfully coupled with the ownership in the blockchain. That is the point of having a digital asset like an NFT or anything else that might be dreamt up in the future. It’s important to be able to meaningfully own and experience the content as a result of that. What is not true in traditional content platforms, but is true at Eluvio, is that the media itself is in fact owned, attested to, authorised, encrypted, etc, based on on-chain ownership. Along with scalability those are the essential requirements.”

If the primary requirements of effective – and lucrative – NFT and metaverse deployments are now apparent, the extent to which they will be applied by media organisations in general is yet to become clear. In industry terms, it’s a ‘work in progress’ and there are bound to be some notable misfires before the market reaches maturity. But despite recent tribulations in crypto, the prevailing economic climate, and understandable reservations about the levels of initial research and investment required, the creative possibilities are such that it will surely only be a matter of time before these virtual environments become a mainstay of the media landscape.