Film studios back Oracle in legal coding battle with Google 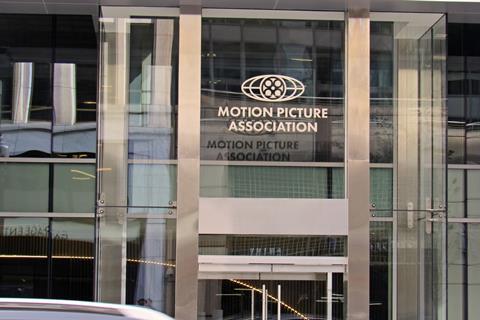 Members of The Motion Picture Association, excluding Netflix, have backed Oracle in a Supreme Court hearing in the US over a computer code dispute.

The studios group - which includes the likes of Universal Pictures, Paramount Pictures, Walt Disney Studios, Warner Bros. and Sony Pictures - is in support of the case, arguing that software is “inherently different” than the IP of film and TV programmes.

The case was brought against Google for allegedly infringing computer code to build Android operating systems that is currently used in more than 2.5 billion mobile devices, with those for arguing that Google can’t defend the theft of code as “transformative” fair use.

All but one member of the Motion Picture Association filed arguments in support of Oracle, with the exception being Netflix who joined the MPA just over a year ago.

The case, which has been dubbed the “Copyright Case of the Century”, will be seen in the Supreme Court on 24 March, according to a report from the Hollywood Reporter, which cited some legal observers who have declared this case the most important in the history of copyright disputes.

Oracle is the owner of Java - a programming platform used to create apps for messaging, navigation, news and social media. It is open for use by developers with a hierarchy Java application programming interface (API) including “declaring code” and “implementing code.”

Google used Java more than a decade ago to build Android using what was reported as more than 11,000 lines of code while it rewrote aspects of the software performing tasks.

In Google’s court statement, the company claims it “wrote millions of new computer code” and admitting it reused isolated instructions of copyrighted work from Oracle.

“The instructions create an interface connecting the operating system to commands in applications written by software developers,” it said.

Oracle is seeking $9 billion worth of damages from Google reusing its declared code on the basis that Java’s intricate organisation will make interoperability difficult to achieve without a license.

According to the movie studios: “Unlike purely expressive works, software, by definition, has a functional component that makes it inherently different.

“Applying the concept of transformation to partially non-expressive works like software is like trying to put the proverbial square peg into a round hole: transformation, with its focus on new expression, meaning, or message, assumes an effect on human thought or emotion; in contrast, software, in significant part, operates independently of such human thought and emotion.”

It added that Google’s approach “lacks any precedent and is inapt” based on Google pointing to its “innovative” product rather than defending its use of “transformative” code.

The MPA pointed to the “harmful consequences” across the creative industries if this matter was not resolved.

“In today’s era of rapid changes in technologies and business models, potential markets can and do quickly become actual markets,” stated the movie studios, represented by Robert Rotstein, Eleanor Lackman and other attorneys at Mitchell Silberberg & Knupp.

“As a means of encouraging copyright owners to create and disseminate new works in new ways, the Copyright Act protects copyright owners’ rights to develop those new markets. To dismiss harm to such potential markets in the fourth-factor analysis contravenes the purposes of copyright law.”

MPA was joined by the Association of American Publishers, Journalism law professors and the News Media Alliance, as well as Dolby Laboratories who said it spent $240 million last year on technology.