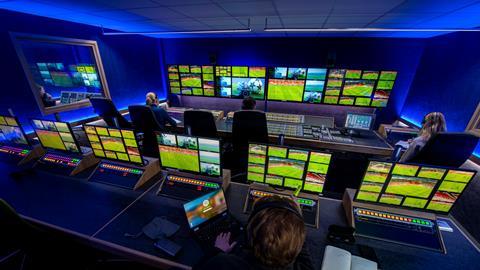 The BBC’s coverage of the FA Cup Final in May was remote produced from Wembley by production teams working at Arena TV’s newly outfitted production hub and utilising CoreTX. This new Arena solution is a decentralised and cloud-based production service that includes a Production Centre based at Arena’s HQ in Redhill, Surrey and the ability to pop-up CoreTX galleries anywhere.

In either case, the source media is held on site with feeds remote controlled from surface applications over a Net Insight Nimbra media router with all the benefits of cost, time and carbon savings. 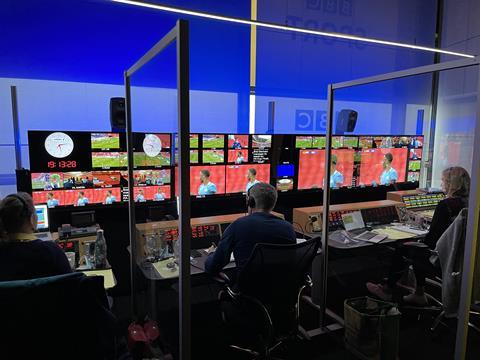 Beginning of the journey

“Our journey to remote production began back in 2016 when we built and launched our first all-IP OB vehicle,” explains Peter Love, Director of Operations at Arena. “It opened up the potential for us to connect multiple IP-enabled cameras on location and remote the feeds over a Net Insight Nimbra system to a central location without needing to ship the large amount of equipment you’d traditionally have on-site.”

With the seeds planted, Arena developed CoreTX, which it believes will change the way sport is produced. 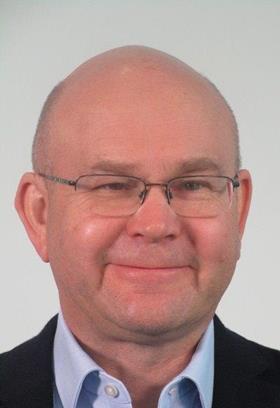 Arena’s remote production solution has evolved in concert with the BBC and in particular a contract with the broadcaster to produce the presentation for matches of the FA Cup.

To meet the BBC’s drive to reduce the environmental cost of sending kit and crew to venues, Arena worked with studio facilities provider Dock10 to send remote presentation feeds and select ISOs from FA Cup stadiums into a pre-existing fully routed and monitored MCR at MediaCityUK in Salford. Presentation was switched at Dock10 and transmitted from Dock10.

This remote gallery solution was first used during the fourth round of the FA Cup in February 2020 and subsequently for the 2020 FA Cup Final aired live on BBC One. This application had the added benefit of enabling BBC Sport’s production team to be based in a Covid-safe gallery at Dock10, while reducing the amount of crew and kit sent to Wembley Stadium.

“Essentially what we were able to do was to provide the production team with the same facilities they would have on site uncompromised by being accessed at a remote gallery,” Daf Rees, Arena

“Essentially what we were able to do was to provide the production team with the same facilities they would have on site uncompromised by being accessed at a remote gallery,” explains Daf Rees, Arena’s Head of Special Projects. “We were able to do a live test a few days before we went on air on that first job in February 2020. Afterwards the match directors said ‘Well that was just like being on the truck wasn’t it?’ We were all very happy with it and we’ve been refining and expanding the solution ever since.”

The pandemic brought a new urgency to this initiative. “Before Covid, remote production has been always been a swear word,” says Love. “Production teams and directors wanted to go to site. Outside broadcast was what they were used to so it was an uphill struggle to push the idea of remote forward. The pandemic has accelerated these workflows right across the broadcast industry.” 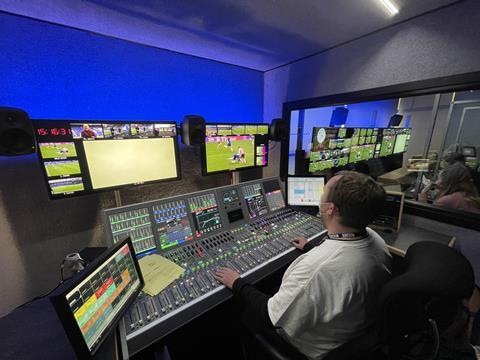 The next phase for Arena was to build a gallery as a flyback for clients to put wherever they want, rather than having to use an already kitted facility. All feeds are remote surfaced into the CoreTX mobile gallery, meaning that the presentation team is able to control all the hardware including CCUs which remain on site. The presentation team has the same full-size sound desk and full-size vision mixer plus all the talkback panels and replay controls they are familiar with and they have access to every single source that the OB truck has on site.

“Our goal with CoreTX is to provide the same resources and same experience as a client would normally have on-site but with the all the advantages of a remote workflow,” Love says. “Instead of sending a separate presentation truck we are able to send just one while using the sound and vision cores much more efficiently.”

He continues: “The crew have got more space, the overall environment is more comfortable, you’re not limited to the OB compound in bad weather. The gallery can be installed quickly, fired up on demand and switched off after the event saving on power and energy. There’s no need for permanent equipment and no need to keep the machines running 24/7.”

Simultaneously, Arena was building out the heart of CoreTX. This is a centralised production hub based at its Redhill HQ to handle live productions. The aim is to maximise resources by allowing production teams to support multiple events in a day. 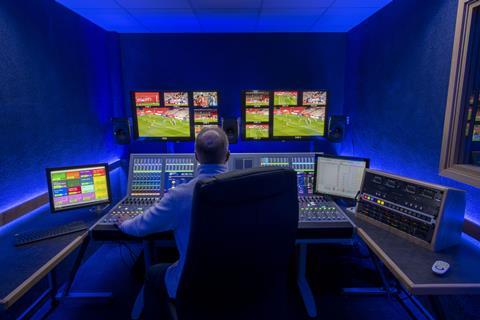 The solution requires only the camera heads to be deployed at the remote location reducing the bandwidth by 90%. Using this workflow, the production team can manage everything from camera matching, colouring and shading through to editing and graphics from a home base and establish a true centralised production.

All of this is underpinned by Net Insight Nimbra 600. “Nimbra is a very robust piece of equipment that enables us to send diverse feeds with confidence,” says Rees. “We can simulate any distance within the kit without actually running signals down lengths of cable. We can verify whether signals handshake or not. Does a sound desk surface or vision mixer or KVM work over tens or hundreds of kilometres away? We can test all this ahead of time.” 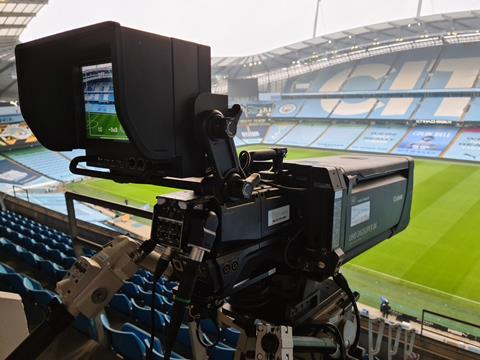 Etihad Stadium: Home of Manchester City, who were knocked out in the semi final

This proof of concept led the BBC to greenlight remote production of the FA Cup Final in which all feeds were controlled from Wembley at Arena.

“Telling a client that you’re using the Nimbra to remote their production is one thing, showing them its performance is another,” says Love. “We simulated the distance between Redhill and the stadium using the Nimbra so we were thoroughly confident it would run the real distance.

He continues: “Another advantage of the Nimbra is for venues that don’t necessarily have point-to-point connectivity. You could, for example, send a second link over the public internet. It’s not something a client necessarily wants to do yet because they are used to having dedicated connections, but we are bringing the option online because we believe this dramatically opens up opportunities for live production. Ultimately, we want to do it down a 1Gb pipe with back-up over 5G. Nimbra can take us down that journey.” 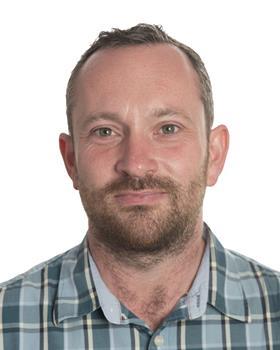 CoreTX and the future of live event production

The CoreTX technology is set up to handle everything from small six-camera OB vans up to 60-camera full-scale OB operations. It’s also capable of supporting decentralised production worldwide.

“CoreTX is highly scalable both as a production centre and with location-based elements,” explains Love. “Whether that is augmenting client facilities through the addition of our cloud services, or by working with fellow independent studios looking to enhance their capability for a particular project. We can use any resource in the cloud or in trucks on the road and studios located anywhere and draw it all together. There’s no reason someone can’t fire up a studio in Australia and have a production team in London.”

There’s now a real push to make sure everyone within the supply chain is focused on meeting sustainability targets. CoreTX is Arena’s solution for this.

“The key with CoreTX is that any part or all of the OB truck can be remote if you want it to be. There is so much you can do,” Love concludes.