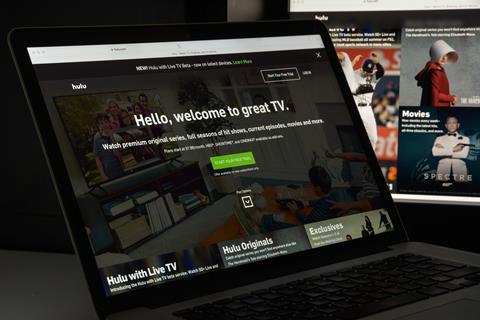 The company defines a binge subscriber as someone who watched three or more episodes of the same series consecutively.

Hulu’s trial sees the company inserting a specific ad in the last commercial break of each of the first two episodes offering commentary on the binge session beginning.

According to a report by Variety before the third episode plays the advertiser will offer a reward, such as making that next episode commercial-free, or a promotion.

Hulu vice president and head of advertising platforms Jeremy Helfand said: “We are not stopping you from doing what you want to be doing.

“You understand the brand is helping to bring you the content.”

The new format represents the latest attempt to commercialise a streaming service in a user-friendly way and engage with advertisers.

The streamer has teamed up with Publicis Media, a large ad-buying firm, in an exclusive six-month pact to test the binge-watching promotions.

Hulu has already unveiled a new ad format that surfaces whenever a viewer chooses to pause their watching. Helfand said that finding a way to weave commercial messages into binge sessions is of growing importance.

Hulu claimed that nearly 50% of the ad-supported hours streamed on its service are watched in binge sessions, citing research from Deloitte, it said 75% of US consumers say they binge their favourite programs.

However, viewers are accustomed to skipping multiple-episode on services like Netflix and Amazon Prime without having to skip or watch advertisements.

Variety pointed to the “growing sense that streaming-video outlets can’t go ad-free forever,” however Hulu has been the exception, offering an ad-supported tier as well as CBS All Access.

Netflix and Amazon have both found ways to integrate marketers into their offerings: Amazon sells interactive banner ads on its Amazon Fire interface and Netflix recently partnered with Coca-Cola to help draw attention to its popular series Stranger Things.

In May, Disney assumed full operational control of Hulu after The Walt Disney Company and Comcast entered a “put/call” agreement on NBC Universal’s 33% ownership stake in Hulu with Disney guaranteeing the streaming service future valuation at $27.5 billion.