While the advances in public, private and hybrid cloud solutions look to help better address the media and entertainment business needs, 87% agreed that hybrid cloud was having a positive impact on their businesses. 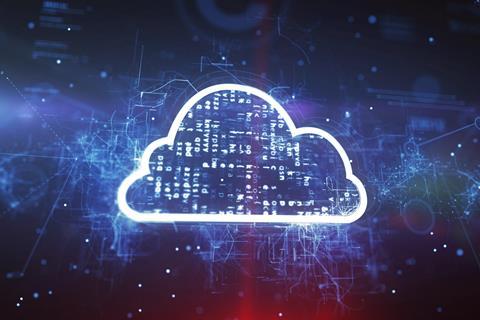 The survey of 2,300 senior IT decision makers from medium-to-large enterprises by market research firm Vanson Bourne revealed 49% of hybrid cloud users agreed all their needs were being met compared to 37% of single public cloud users.

The migration to cloud-based workflows has gained momentum in recent years with the BBC, Discovery and ITV among the first adopters.

Competing cloud computing platforms including Amazon, Google and Microsoft as the primary cloud providers and seeking to exploit the broadcast space by differentiating specialist services and benefits for the end users.

Scalability and agility were the top ranked benefits of cloud adoption along with lower total cost of ownership. Data security and regulatory compliance was a top priority for 71% of respondents and the key factor in determining where to provision workloads.

Regionally, the Americas reported greater use of hybrid clouds now at 22% and a further 31% committed to migrate within the next 12 months.

However, the two-year outlook for Europe, Middle East and Africa (EMEA) using hybrid cloud services was 43%, surpassing the Americas’ hybrid plans at 39% and Asia-Pacific (APAC) and Japan at 39%.

UK businesses, in particular, plan to decrease data centre workloads by more than half in the next two years and double the use of hybrid cloud services.

97% of respondents to the survey, which was commissioned by Nutanix, said that being able to move applications easily between cloud environments is a requirement.

The study revealed that organisations based in Singapore are struggling to keep public cloud costs in check, with 46% of respondents going over budget on their public cloud spending, second only to South Korea at 49%.

According to the study, APAC respondents expect to halved their private cloud adoption over the next one to two years.

Shifting more workloads to the public cloud comes with its own set of problems, however according to broadcast vendors, the future model may favour micro-services and the public cloud.

Respondents also said the scarcity of hybrid experts is a challenge with 57% noting developers are circumventing IT when it comes to deciding where applications run, putting the organisation at potential risk.