Launched in December 2022, ITVX is one of the UK’s newest streaming service, with viewers gaining access to over 10,000 hours of high-definition free programming and new shows to stream for free, plus thousands more hours added in the subscription service. 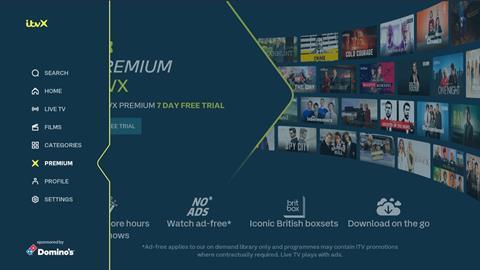 ITVX delivers a mix of live linear content, FAST channels, and a VOD library, including British box sets from BritBox and content from other partners. Much of the new content will be streamed on ITVX first, appearing on ITV’s linear channels months later.

Working alongside in-house teams, Accedo developed the video service for a number of platforms, including Youview, Freeview, Android TV, Freesat, Roku, Samsung Tizen, Samsung Orsay, and Xbox, as well as for the ITVX website.

Building on, and replacing the existing ITV hub and ITV Hub+, ITVX has been developed with a completely new technology and user architecture, supported by Accedo’s client-side application frameworks.