RNT points out that while data transfers play an important role in filmmaking and video production, often terabytes of raw footage material and partially enhanced videos have to cross vast distances to reach post-production teams or studio executives for further editing or review. 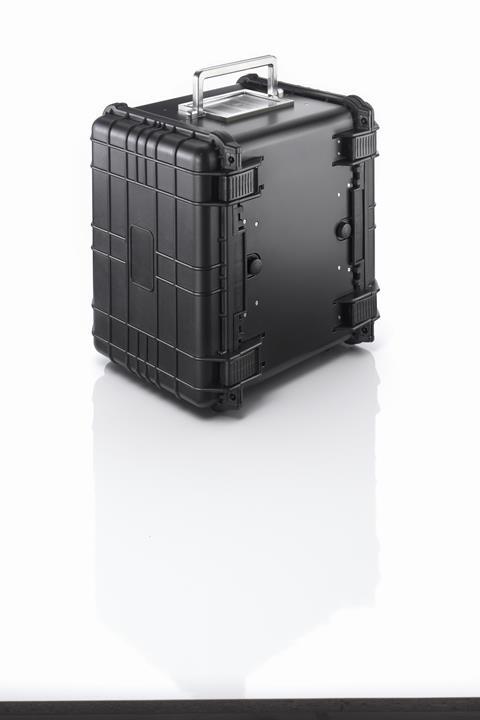 Data is encrypted and secure within RNT’s mobile data safe

The company claims FTP as a transport method has substantial limitations, citing a high failure rate, file transfers being too slow, and security issues, resulting in FTP often being “a banned solution at large corporations for security and performance reasons”.

With the IP45-rated Hibagon Mobile Data Safe, RNT claims large amounts of data can be physically and securely transferred from A to B or from cloud to cloud. The RAID 5 device supports eight enterprise HDDs and has usable capacities ranging from 28TB (with eight 4TB HDDs) to 140TB (with eight 20TB HDDs). The stored data is encrypted (AD, LDAP, SSH and AES-XTS).

Connect with RNT on IBC Digital

The armoured storage system is not a service — by owning the physical device the owner will always stay in full control of the data that is stored on Hibagon, says RNT.