Xperi and Vewd are exhibiting jointly at IBC for the first time since the two companies announced their merger in July 2022. 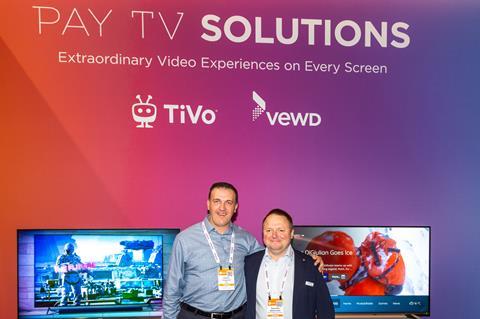 “We’re now in full integration mode,” Cosgrave said, noting that this could take up to around a year.

In the meantime, the combined group has already been launching new products, such as the Vewd OpX for Android TV Operator Tier. The service has already been deployed by US operator Evoca for the delivery of its next-gen TV service.