IBC2017: Video consumption on Facebook is “exploding” and will soon make up three quarters of the company’s mobile data traffic, according to Facebook Product Director Daniel Danker. 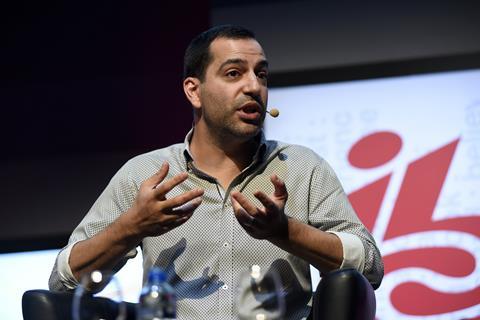 Danker, who delivered an opening keynote address at IBC, said that video content currently makes up 50% of all the company’s mobile data traffic.

Facebook launched original video platform Watch two weeks ago in the US, enabling users to find serialised content on the platform, with Danker describing how the social network has been working with publishers to produce content for the platform.

“Watch also allows publishers to create groups that connect them with their audience – enabling them to engage with their community between episodes – particularly through the comments section.”

Danker said that genres such as reality TV, live sports and comedy were going to be significant.

He listed some of the experimental new content that Facebook was trailing on the platform, including Humans of New York, a weekly series based on a photo-blog by Brandon Stanton, a behind-the-scenes series Hala Madrid about Spanish football team Real Madrid and Returning the Favor – a series based on ordinary Americans who do good works.

“Any producer can find a loyal audience on Watch,” said Danker.

“Shows are presented to users based on their interests – so it’s personalised, with users given the chance to connect with shows their friends are watching. Plus there’s a watch list so you don’t miss anything.”

“It’s a new platform which allows broadcasters to make something bespoke for the Facebook audience.”

Facebook has been trialling videos of around 6-7 minutes in duration on the platform, and the platform has seen live sports such as Major League Baseball.

“It’s interesting to see the reaction – and how a community is built around live sports. We are seeding the ecosystem with commissioned content from publishers to see what works.” 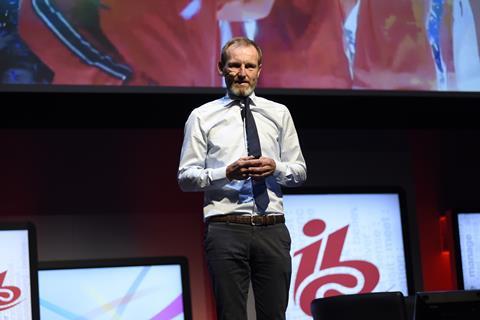 Modern Times Group’s Danish CEO Kim Poder said that his company was trialling over 500 hours of ESL sports content on Facebook and that platforms such as Facebook and YouTube are becoming important new partners for broadcasters.

“For us it’s a significant new way to reach audiences. If you leave out Facebook and YouTube you need to have a good answer as to why you are doing that.”

“You have to be where the consumers are,” said Poder, who described in his keynote how MTG has reinvented itself from a traditional broadcaster into a platform offering eSports, online gaming and digital video networks such as Zoomin TV.

“Don’t be a fat cat and sit on your hands – but change your business models and adapt to new audiences.” - Kim Poder

MTG, which bought a majority stake in eSports company ESL in 2015, is in the hunt for more games companies to build on its acquisition of InnoGames – with a view to developing large online gaming audiences and special live events.

Poder appealed to existing broadcast networks to keen a close eye on fast changing patterns of video consumption and adapt to the new ways in which audiences want to consume video.

Speaking today at the IBC Conference’s packed opening Keynote session Fans, Friends and the Future of Broadcasting, Poder said: “It’s important to remember there are a lot of competitors coming in so don’t be a fat cat and sit on your hands – but change your business models and adapt to new audiences.”

Poder also advised broadcasters to keep an increasingly close eye on the way in which video is being watched, particularly amongst millennial viewers who are consuming larger amounts of video on mobile and social platforms and are investing less time with traditional broadcast platforms.

“The good news is that the overall consumption of video is increasing, with OTT providers expected to make up 32% of the market by 2020.

“The issue is that the way in which people are watching is changing – with millennials in particular driving the decline of traditional TV. Some kids channels, for instance have lost over 50% of their viewing in the last three years.”