The creator of the BBC iPlayer and now DAZN’s chief product officer, Ben Lavender tells IBC365 about DAZN’s process of continual refinement of its OTT offer. 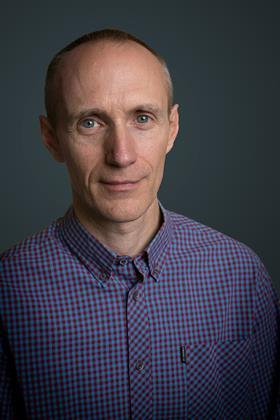 Sports streaming service DAZN does not do things by halves.

Backed by billionaire Len Blavatnik, DAZN has invested heavily in both sports rights and technology in its bid to become the Netflix of sport.

The content side of its business has had all the publicity since it launched three years ago in Austria, Germany, Japan and Switzerland with rights for a raft of football programming acquired—including England’s Premier League and Spain’s La Liga. It added Brazil this month as its ninth country for subscribers. DAZN controls most of the important live rights to sports in Japan, as well as Serie A in Italy and the Champions League in Germany.

“If content is king, then distribution is queen.” Ben Lavender. DAZN

Its media rights bill is reportedly well over $1 billion annually. Last year, for example, it signed a £365m contract with boxer Canelo Alvarez.

Behind the scenes, however, DAZN is also investing heavily in the OTT technology and systems to deliver all this content to its customers around the world.

Hinting at the reason for the heavy tech investment, Ben Lavender, chief product officer for DAZN, puts it succinctly: “If content is king, then distribution is queen.”

Lavender’s job is to make sure customers can effortlessly access the sport they want to watch – whether that is on a TV, mobile phone, tablet or game console.

He was the sixth member of staff to join DAZN back in 2015 – and was a key early signing.

The inventor of the BBC iPlayer, Lavender went on to launch Lovefilm’s streaming service which was subsequently acquired by Amazon in 2012. He stayed as product leader for the Amazon Video Store for nearly three years, before joining DAZN.

Since then, he’s led the design and development of DAZN from start-up to launch in nine countries – building up a 170 strong team spanning UX design, product management, business analysis, analytics, quality assurance and testing. As such, he works closely with DAZN’s chief technical officer Florian Diederichsen.

“I’ve been through the school of hard knocks and realise that doing OTT video at scale is very hard.” Ben Lavender, DAZN

Lavender says he hired many of the product team from companies he previously worked at, including BBC iPlayer and Amazon Video. “I’ve been through the school of hard knocks and realise that doing OTT video at scale is very hard – and there is no time to learn on the job. All of the people who I hired have been there and done it before.”

Another reason for this, he adds, is that creating an OTT player for live sport is even harder than developing one for entertainment or film. “I needed to hire the best team I could get.”

Working backwards
The early days of his time at DAZN were spent creating the ‘vision’ for the service. For this, Lavender turned to a management technique borrowed from his time at Amazon called Working Backwards.

Amazon’s approach to new product development is about working backwards from the customer. The product manager starts by writing a press release announcing the finished product.

“We wrote the press release a year before launch – and it got us thinking about it from the customer point of view, but also the business point of view,” says Lavender. This included what the service looked and felt like, what features were available, how much it cost, what rights were available and in which countries.

Throughout, there has been a key focus on the customer experience. “We’ve made sure we’ve focused on a product that we keep as simple as we can, so it is not overloaded with features.”

Lavender says that DAZN is continually tuning the UX, based on data. Customer journeys are tracked to see how they interact with the design of the service – from their route to playback, how long they view for and what device they watch on. DAZN also analyses playback metrics, measuring how long it takes a video to start through to the quality of the video. “We analyse everything,” says Lavender.

“We’ve made sure we’ve focused on a product that we keep as simple as we can, and not overloading it with features.” Ben Lavender, DAZN

In its bid to improve its customer experience, DAZN invited in the head of engineering from the Formula 1 Maclaren racing team last year to discuss how it extracts the maximum insight from data to improve the performance of its cars. 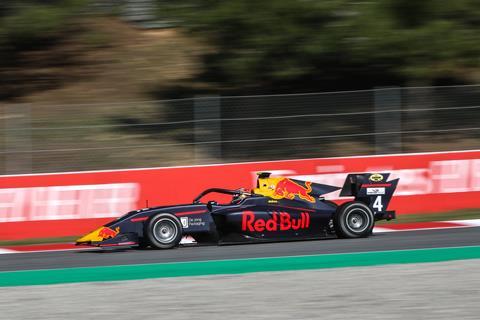 Says Lavender: “We look at every set of metrics we can from both a technical level but also a user perception level, gauging if we are doing a good job. We are continually tuning, refining, and improving.”

DAZN is building up an advanced machine learning team to give it more insight and analysis for improving the customer experience. It is also working internally on building its own recommendation engine, having used a third party until now. “It is not deployed at this stage – but it will be this year,” says Lavender.

Refining UX
When launching a new service, DAZN focuses on delivering a minimum viable product first – and then refining it with the help of data. Its mobile app, for example, is now in its third iteration. Its first was built as a hybrid app, which typically take less time to develop. Lavender admits it was not necessarily as good as it could have been in terms of UI. The app was refreshed again using hybrid architecture. Then DAZN rebuilt the whole app from scratch as a native app. “No line of code was kept for the native app,” he says, which was named in Apple’s Best of the AppStore in 2017 and the best app at Google PlayTime in 2018.

“We continually look to improve,” says Lavender. “And the benchmark we have today keeps on getting set higher.”

He adds: “My advice is to fail fast. Stick your MVP (minimum viable product) out, get in as much data as you can, and continue to refine and refine.”

Lavender says that DAZN is also refining its service so that live sport can be played out more efficiently – on whatever device a viewer is watching. DAZN, he explains, is on around 25 different devices – whether different kinds of TVs, mobiles, tablet or game consoles. “When we integrate on those players, we find that the player tech is out of the box and not optimised for live sport playback. So we have started building our own player tech right from scratch – and it is optimised for sport, and for device performance depending what people are on and where they are on the network.”

Improving the latency of the feed to customers is key. When DAZN launched, there was a 45-50 second delay in getting a live feed to customers. That’s now down to 20-30 seconds, he says. Improving picture quality is also a major focus. “We have to go through every link in the production chain to make sure we are using the best and highest quality input source possible.”

Looking ahead, DAZN is aiming to expand voice control for its service. This is offered through Apple TV, and on an Android TV to a limited extent. It’s currently experimenting on integrating DAZN with Amazon’s Alexa. “We run regular hackathons, and are at the R&D stage of ‘Alexifying’ DAZN,” says Lavender. The company is also experimenting with AR and VR, although it will take ‘a lot more work’ before anything is released, says Lavender.

For now, expect the DAZN offer to continually be refined as it rolls out across more and more countries around the world.