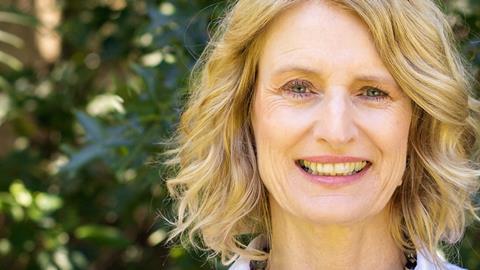 Marketing, rather than technology, is key, according to Freeview Australia boss Liz Ross.

When Liz Ross joined Freeview as Chief Executive in 2011, she inherited a problem.

“In the first 12 months, I had to deal with a lot of cynicism. The manufacturers were not enamoured with Freeview products.”

Ross quickly realised a new approach was needed if the platform for Australia’s free-to-air broadcasters was to succeed and help propel them into a digital, multi-platform era.

“I started to look at technology trends internationally, putting the consumer at the centre of all of that, understanding what Australian viewers wanted, and understanding the competitive landscape,” she explains.

Ross recognised that Freeview could only meet these consumer needs if she brought all stakeholders on board: the free-to-air broadcasters, device and TV manufacturers, retailers, and of course the consumers themselves.

The strategy has paid off: in a market with established pay TV players like Foxtel and where “Netflix has been an absolute craze,” as Ross puts it, Freeview has quietly managed to notch up two world firsts: the launch of Freeview Plus, the first aggregated HbbTV platform in 2014; and Freeview FV, the first broadcaster-led aggregated mobile app combining live and catch-up TV from all free-to-air networks, in 2016. 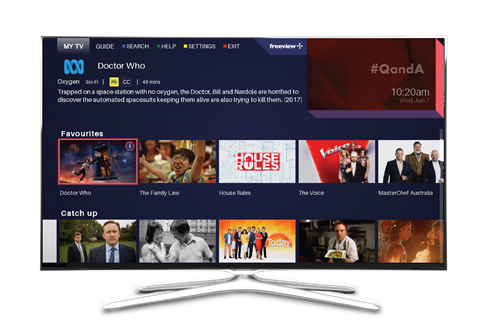 These achievements depended on a leader with a very different set of skills from those found in a typical technology-led broadcasting initiative.

Ross came to Freeview with a much broader perspective on consumers, marketing, advertising, creative strategy and analytics that was to prove critical to Freeview’s success.

She cut her teeth in the world of Australia’s media agencies, planning and buying advertising, which provided her first encounter with the TV business.

“I was a client of television for a very long time, and working across all media, so very exposed to research, using analytical skills as well as strategic and creative thinking,” she says.

After 18 years in agencies, Ross was picked to lead News Corp’s first national B2B marketing business – promoting the benefits of their newspapers to the country’s biggest advertisers.

Once at Freeview, Ross discovered that the TV networks on the platform were initially risk averse when it came to the idea of an aggregated catch up service.

“It was only the public broadcasters like the ABC who were advanced in building digital platforms,” she explains.

“While they were all aware of the competitive pressure, understandably there was a lot of nervousness from the commercial networks.”

But it was a far-sighted engineer from one of the commercial broadcasters who was the catalyst for Freeview’s adoption of HbbTV, and the launch of hybrid broadcast-broadband TV sets into the Australian market.

“I started to see what HbbTV could offer and why it was a powerful opportunity,” says Ross. “I then had to work from the ground up, convincing members of the board who had limited digital expertise.”

Ross visited other countries which had adopted HbbTV, and benefited from advice from the IRT research division of the ARD public broadcaster in Germany.

The winning feature of HbbTV proved to be its ability to put Freeview’s broadcasters in control of the platform and viewer experience.

“I really felt that the broadcasters were losing control of the presence of their own brands within the television environment, because the manufacturers were in control of the home screen,” Ross says. 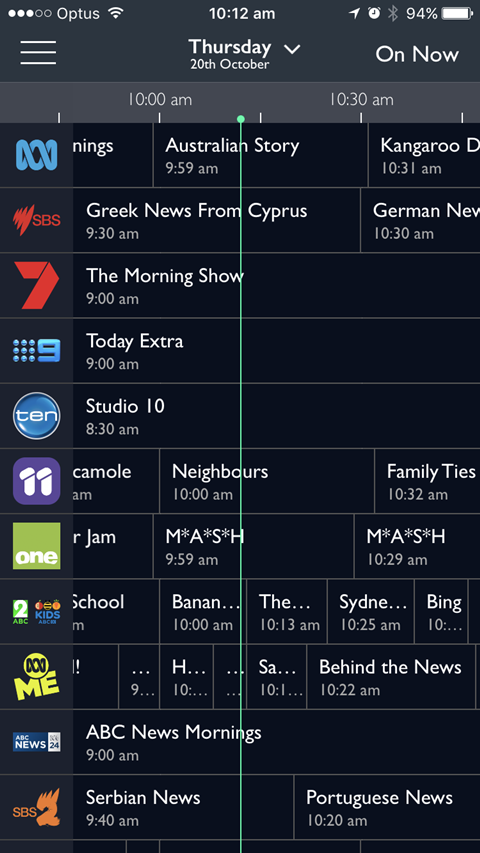 At the same time, Freeview’s broadcasters faced the daunting, and expensive, challenge of building and updating apps for up to 20 different platforms.

“There’s an incredible black hole of unlimited money that you would need to continue to upgrade applications for every range of TVs that each manufacturer brings out each year,” Ross points out.

For consumers, the platform is simple. They connect the HbbTV-enabled set to their antenna and internet connection.

While watching live TV, the red button on the remote takes them direct to that network’s catch-up service.

The green button goes to the Freeview Plus aggregated service, including an EPG covering live and catch-up across all channels.

“No-one has to leave the broadcast environment, go to a smart hub, find the app and then look for on-demand content – which is a pretty user un-friendly experience,” explains Ross.

Having settled on a standard that would provide a consistent user experience, leave the broadcasters in control of that experience, and save vast amounts of development costs, Ross’s next challenge was to persuade TV manufacturers and retailers to come on board.

To get Freeview Plus into shops and Australian homes, she needed to convince them that it would be rather more of a success in the market than the original Freeview boxes.

“It was actually nail biting, I had all the broadcasters on board, but the manufacturers were still cynical,” Ross reveals.

“None of them wanted to have their customer support lines locked up with problems with their smart TVs.”

She put in place several key initiatives – including Freeview’s own support line, extensive testing and certification, a logo for customers to recognise, and significant investment in marketing and retail sales training.

“We treated the manufacturers like a very important joint venture partner. We held their hands throughout the process,” she says.

“Right from the beginning I made it clear that this would only be successful if we had complete control of the testing of all the receivers, and a certification programme that we would support with a multi-million-dollar advertising campaign.

“We avoided the pain of interoperability problems. A product in Australia just does not get out into the market with HbbTV turned on unless everything works seamlessly.”

Launching Freeview FV, a single mobile app combining live and catch-up streams from Freeview’s broadcasters posed new challenges, not least that the market was crowded by 2016, with all broadcasters already having their own apps.

“We were coming in with a strong brand. We had to sell the dream of aggregation in a simple, fun way,” she explains.

Ross’s ability to understand consumer needs has been crucial here too.

FV’s younger mobile users are a difficult audience to reach and retain. The app has recently been tweaked to put more focus on the catch-up content, which is proving popular.

The platform is on track to be in a third of Australian households by the end of 2017, and expanding all the time as consumers replace their TV sets.

Following the launch of the FV mobile app, more platforms like Apple TV or Roku may follow, based on customer demand.

“People are being driven back to the TV. It’s always been their preferred screen, but for a while it was a bit clunky.

“Now they’re getting amazing quality and seamless access to live and catch-up content just through one button on the remote,” Ross concludes.

During this time, Ross served as a board member for NewsMediaWorks (formerly The Newspaper Works), the body promoting the interests of Australia’s leading news publishers.