IMG Media vice president and head of technology operations Melissa Payne on providing coverage for the world’s biggest sporting events and what can be done to encourage more women into technical roles.

When broadcasters shell out millions of pounds to acquire the rights for top sporting events, it’s often headline news. 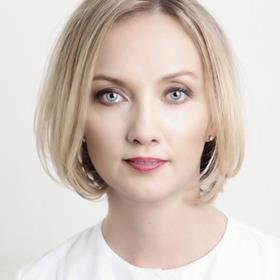 No petrol, no Ferrari: Melissa Payne

Arguably, though, it’s once the deal is done that the hard work really begins – arranging the coverage of the matches, tournaments and events.

And this is where IMG Media vice president, head of technology operations, Melissa Payne comes in.

The Technical Services division of IMG, which launched 18 years ago, has helped IMG move from a majority rights selling business, to an all-encompassing rights and distribution business. Rather than simply selling sports rights to broadcasters, IMG now provides coverage as well – offering a multi-lateral world feed as well as arranging all on-site facilities for its broadcasters.

It means that, after acquiring rights to an event, broadcasters don’t have to incur huge unilateral technical costs to arrange the delivery of a live signal and the logistical nightmare which is attached to dealing with sporting events taking place across the globe.

When Payne first joined IMG in 2000, she says it used to produce and arrange the delivery of the Premier League and European Tour, as well as IMG’s flagship programmes such as Football Mundial, Transworld Sport & SNTV. All of IMG’s other sports properties were represented from a rights standpoint only.

“Broadcasters would pay a big chunk of change acquiring the rights, and that would then be pretty much the end of our relationship with them. They were on their own from there.”

Payne persuaded the late Bill Sinrich and David Shield to offer ‘technical services’ to other properties, beginning by providing a world feed / international signal for a few properties such as the WTA as well as ad hoc football matches.

“It allowed rights-holders to relax,” says Payne. “They’d write a cheque out for the rights fees, but would also know that they could participate and access an international feed with guide and / or cleared English commentary at a minimal cost.

“Whereas if they were going to do it themselves it would cost them tens of thousands of pounds. If they joined in and participated in the multilateral world feed, it’s small change by comparison to going it alone. Therefore it made sense for them.”

Payne likens Technical Services’ world feed delivery to selling petrol to a client after they have splashed out on a Ferrari. “I always say to the IMG sales execs around the world, ‘You are selling the Ferrari, but I am the petrol. If you don’t have change for the petrol, you can’t drive away the Ferrari.’”

Since then, IMG has rolled out Technical Services – producing and distributing a clean non-branded, non-biased world feed – to all properties within its catalogue, of which there are around 1,200. It now does so for some of the world’s most high-profile sporting events, including Wimbledon, The Open Championship, RWC, FIFA World Cup, IAAF Diamond League athletics, the AIG Women’s British Open, through to The Commonwealth Games.

“Sports broadcasting is a great space to work in, but it is a boy’s space”

Payne’s remit has developed too – overseeing the P&L of the Technical Services Rights & Distribution division budget. As such, she is responsible for all IMG’s global technical spend and income, and for approving all rights deals relating to technical delivery across all of IMG’s platforms and properties.

This means negotiating with event owners and federations, as well as IMG sales executives on the kind of coverage required for a particular event. The Technical Services department will then arrange with the host broadcaster and host venues, ordering the required equipment for a live outside broadcast, including OBs, SNGS, commentary positions, studio facilities and accreditation.

It’s also responsible for sourcing the staff – from commentators, directors, production and engineering crew – as well as arranging accommodation, travel and catering. Depending on the project, this can range from 5 to 1200 accredited staff falling under IMG’s remit for an event. IMG will organise the distribution of the signal by satellite / IP, or fibre across the globe.

“Technical Services doesn’t just look after the technical bells and whistles,” says Payne. “If a broadcaster wants accreditation, accommodation or catering, we can look after them with our troops on the ground”. It’s about offering a 360, international hand holding service, she says.

Payne first started working in the business for SISLink as a resource co-ordinator, spending five years there before joining IMG in 2000.

“I can modulate/uplink to a satellite if the SNG engineer was missing in action, and I was suddenly needed to get up on the satellite. But if somebody said to me, ‘Here is the screwdriver and a load of equipment now build us a flyway,’ then I would be out of my depth. I know enough to make something happen, but not to be able to build something from scratch.”

One of the technologies changing the business, she says, is IP delivery. IMG has just started delivering some of its content via Zixi, which delivers broadcast quality live video around the world by Wi-Fi.

“I’ve just come back from The Delray Beach Open [an ATP 250 event]. I arrived there with a little box with an encoder in it and sort of plugged myself into the back of the OB truck – and away I went.”

It means that, ultimately, sports events will be able to do away with an SNG – in favour of an encoder that is small enough to fit into hand luggage.

“It is a game changer in terms of finance. You can spend an absolute fortune on SNGs all the year round, then this piece of kit comes along which is £14k to buy. Technology is always evolving.”

For now, IMG will have an SNG/fibre on standby just in case. “We don’t want to go to an event knowing we don’t have adequate, robust redundancy. But once Wi-Fi becomes more stable across the globe, I wouldn’t have any qualms about using it.” She says IMG has broadcast via Wi-Fi from the UK, through to China and India without hiccups.

Meanwhile, Payne is also active in trying to encourage more women to work in the broadcast technology space.

Payne organises, with Telestra’s Ruchita Misra, women in broadcast networking events, focused on media and technology. One of the ambitions of the group is to sponsor a young woman through university to study engineering. “Sports broadcasting is a great space to work in, but it is a boy’s space.” Payne said the gender imbalance can be reflected at trade shows, which she said can feel “like a stag do.”

Asked ahead of International Women’s Day on March 8, what advice she would give to women wanting to get on in this space she reflects that women often tend to find their niche and stay in it.

At IMG, she says there are far more women in production management roles than in engineering and tech. “I started my career in production, then went into tech and then went into commercial. So depending which hat I’m wearing, I’m your ‘go to’ project, tech and prod person. I think it is all about going for it. I wanted a 360-degree overview of my business sector and leap frogged around – hence being a jack of all trades.”