Reuters chief technology officer tells IBC365 how the international news organisation has had to adapt so its journalists can safely and remotely work during an unprecedented news year. 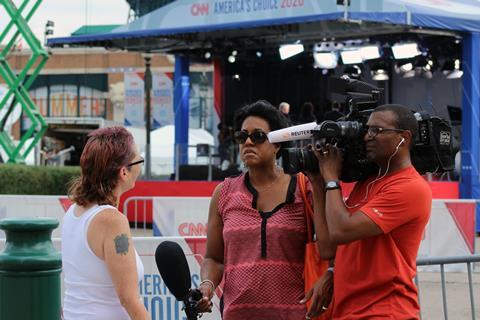 Reuters crew: Remote working could be here to stay as the pandemic has proven workforce productivity

With over 2400 staff in about 150 different countries, Reuters is a “very globally distributed” organisation, says its chief technology officer Michael Young. Staff, he says, have long been able to work remotely to produce content.

Reuters had also invested heavily in cloud technology ahead of the Covid-19 lockdowns. At the start of the pandemic, its workflows were 90% cloud based – and now stand at over 95%.

Young says that a major factor in the “cloudification” of the news organisation was the 2018 decision of parent company Thomson Reuters to spin-off its financial and risk arm Refinitiv (which was subsequently sold to the London Stock Exchange).

“There was a wave of the typical activities that happen when a big organisation splits,” says Young, who was promoted to his new role in 2019 after being head of digital experience platform for Thomson Reuters. “A lot of infrastructure has to be divided up, and systems realigned.”

Reuters moved away from running big data centres to focus “more on the tooling and software capabilities and workflows that add value to the products we’re trying to create and offer.”

When lockdowns first hit in March 2020, Reuters began to send its technology staff to work from home. A minimal number of staff came into the office, particularly to work on video production such as editing and master control.

Even that function is now going remote, however. Reuters partnered last year with Sony on Hive, its centralised production platform that allows worldwide bureaus to collaborate on stories across different time zones. Hive allows geographically scattered teams to access and share content via the cloud.

“It was an opportunity to try and accelerate a few of those things we had planned, and then minimise the workers that had to come into the office,” says Young.

Reuters has also recently adopted Microsoft Teams to facilitate remote working. “We have adopted a heavier and faster use of those types of tools,” says Young. 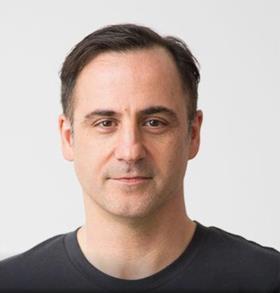 Elsewhere, Young’s team issued laptops to back office news operations in locations such as Bangalore where teams would traditionally come into the office and work on a desktop.

“Journalists often put themselves in a risk path in order to obtain news and stories. That has continued…A Reuters journalist will often head into a riotous area in order to capture a story, and will take every precaution they can. This is a constant thing we have to manage in our business.”

For major events, the focus of the technology team is reducing the number of staff to the minimum that can safely and effectively do the job. For example, at this month’s inauguration of President Joe Biden, Reuters produced and edited content out of its Washington bureau.

“Not a lot would have changed in the Washington bureau for that particular event, except with a very keen eye toward narrowing down just the minimal staff that we need,” says Young.

“So, for example, we have a field team of engineers that work under technology that will set up connectivity and wiring and the like for broadcast crews and editorial teams on site - they’ll support things like the Olympics and the inaugural event. We had it narrowed down to two very capable, but diverse skilled individuals where typically we might assign a lot more people to set up for an event like that. And, of course, they had masks and gloves and were taking all kinds of precautions.”

In terms of technology, Reuters has long provided its editorial staff with bespoke tools. One thing that has changed in particular since the pandemic, says Young, is the focus on security given that so many are now working from home.

“We’ve had to adapt our security models to not depend on corporate networks for some of those tools.”

“As a technologist, I’ve had to deal with distributed teams for many years. And so I have a strong belief system that people can be productive from wherever they are,” Michael Young, Reuters

The additional layers of security include multi-factor authentication for those logging in from home, such as via tokens sent to mobile phones to double verify editorial staff. This change, which was underway before Covid-19, has been accelerated by the pandemic.

Weak home internet connectivity has been an issue for some working in more remote locations. But Young points out that Reuters specifically designs its tools to be network and bandwidth efficient.

Looking ahead, Young thinks that many of the changes in working practice that have been introduced as a result of the pandemic will endure.

“As a technologist, I’ve had to deal with distributed teams for many years. And so I have a strong belief system that people can be productive from wherever they are,” he says.

What’s different this time is that journalists, editors, and even commercial leaders have realised they can be as productive at home. “The proof is there now, they are convinced that that you can have almost, if not all, your workforce operating remotely and still be productive and still achieve your goals.”

This will change working practices in the future, accelerating the adoption of shared office spaces and hot desking. Young stresses that these are his personal opinions, rather than Reuters policy. He adds: “I think it’s going to incite some creativity about what we think about offices in the future, and how many people need to be there 100% of time versus maybe rotating in a couple of days a week.”

Reflecting on what the pandemic has meant for him and his technology colleagues, Young says they were fortunate in that they and the editorial workforce were used to working in the news and media business which has “a high velocity of change – it’s quite good at adopting technologies and interested in doing things in new ways.”

It’s all been hard work, of course. He estimates that he and his workforce have added 20-25% work on top of the original goals set out for 2020 to deal with pandemic issues. “But it was very gratifying, because we succeeded - we were able to make our colleagues successful working.”

Young has held technology leadership roles over the last 20-25 years. Before joining Thomson Reuters in 2017, he worked as a CTO at two companies, Paycase and Architelos. Prior to that, he was financial technology industry advisor for MaRS Discovery District, vice president of product development at Afilias, and founded the technology group at GMP Securities.

He says that in some respects remotely leading a technology function during the pandemic has meant little change to the way he operates. “More than half of my directs at any given time have not been in the same country as myself. So that element of it seems very much the same. In this role, I think maybe 20% of my roughly my direct reports were in and around the New York area where I’m stationed. And the rest have been global.”

That’s not to say those who are comfortable and effective at remote working are not feeling the pressure of the pandemic.

“I think everybody feels a social exhaustion and some form of isolation,” says Young. He says he’s fortunate to live with his wife in a nice neighbourhood where he can still see other people walk by and have some socially distant conversations. But, originally from Toronto, Canada, Young hasn’t been able to see his adult children in months. “So there’s that pressure on all of us. It’s not direct to your jobs, necessarily, but it’s direct to you as a human.”