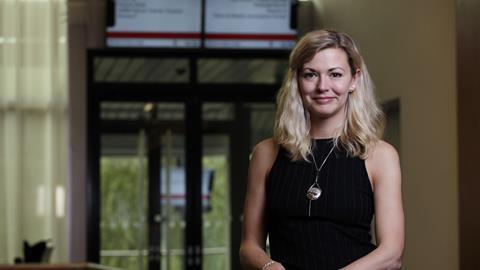 A tale of two countries

IBC2018 speaker Perrine Bichet on the importance of creating a content strategy for the culturally and linguistically diverse and her move from content-focussed Canal+ to telco Proximus.

Bichet has only been working at Belgian telco Proximus for a few months, but is already acutely aware of one of her top priorities: to learn Dutch. Now living in Brussels, the French native quickly realised that both languages are required to understand the very different cultures of Belgium’s French-speaking and Flemish-speaking regions.

Indeed, Bichet remarks that Belgium is not the easiest market for a content strategist because it could be considered as two very small countries. Her challenge is to improve the content proposition at Proximus in order to offer something for everyone, including a rich choice of local content.

Bichet, who is no stranger to difficult roles, certainly relishes this challenge. Proximus also represents a very different environment for someone who has, until now, worked at companies where content was the raison d’être. As she points out, content is not the core business for the telco, although it is becoming an increasingly important one.

Before joining Proximus, Bichet spent a number of years at premium cable TV channel Canal+ in France. While at the company, she moved into digital services, “first, to negotiate rights … and then I moved onto operational activities, so I ran the content department for SVOD and TVOD services … which really taught me about exploitation and how to really display content on the interfaces for customers.”

That was the starting point of her involvement in digital activities and digital platforms at Canal+. In 2014 she was appointed head of content department at SVOD platform CanalPlay, and in 2016 she took on the role of director, digital platforms and video on demand, with the remit of sustaining digital business and non-linear content offers on a single platform called myCANAL.

“It was a personal challenge at first,” says Bichet, reflecting back on her time at Canal+. “It was a new direction, a new position. I had to build a team, and make things work and work fast, in an environment I didn’t know.” 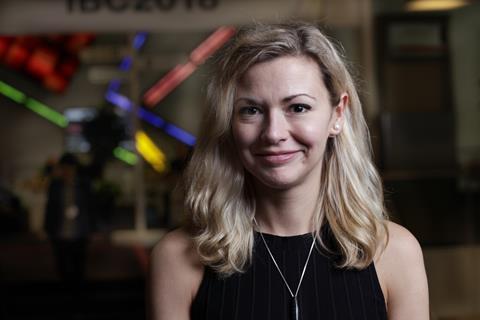 Perrine Bichet: “It was ultimately a doomed fight”

Bichet also welcomed the opportunity to work with user interface (UI) and user experience (UX) experts. “It was really the beginning of the whole adventure for me.”

She worked at CanalPlay for around a year and half before Netflix was launched in France – at which point everything changed. “It was really an earthquake on the French SVOD landscape,” she recalls.

CanalPlay put its money on local content, as it believed that was where it could really make a difference. Although this strategy worked to a certain extent, it was clearly not enough to prevent the ultimate demise of CanalPlay, “because of the very uneven race we had to run,” remarks Bichet.

According to Bichet, Netflix was not bound by the same rules that CanalPlay was forced to abide by in France.

“It was ultimately a doomed fight. It was really disappointing because we knew what was not working and what should have been done; it’s really about regulation,” she says. As an example of the “very difficult” regulatory system in France, an SVOD platform is not permitted to show a film within three years of its release. “So every film on a French SVOD service is at least three years old,” says Bichet.

Changes in the regulatory landscape may lie ahead, “but these things take time,” she adds.

Exciting prospects
These are all experiences that Bichet takes with her to Proximus, which offered her a position that is “very, very exciting. It’s something that is quite new for Proximus”. The real challenge here is that, unlike at Canal+, content is not the core business at the telco.

It’s early days at the telco for Bichet as yet, but she already has a clear view of her broad remit at Proximus. “We provide content offers, as our main competitors do,” she explains. “We do that locally, of course, but we also have distribution in other countries. We have the same challenges as everybody. We have to provide a content offer which is matching our users’ expectations, editorially speaking … But we don’t have a specific vocation to turn into a company like Canal+. It’s not the point.”

“Maybe it can become the point,” she adds. But for now, the focus is on working out a content strategy that is effective for such a culturally, and linguistically, diverse country as Belgium. “We have to brush up our content proposition, to be able to propose something local to everybody.”

In order to compete with OTT players, Bichet says Proximus has to propose a quality of service that is at least equal to them. “It’s not the case yet, but we’re working on that, and the challenge is to update our infrastructures based on a very old legacy,” she says. “We have a big focus on UX and UI, to expose the depth of our offers. That is the first real challenge. Then we have a big role to play for our platform to be relevant.”

That means being able to provide good, local content to customers. “We have very good relationships with our corporate customers that are essential and key for all our users. We want to preserve the value chain of content, the content value, and also to be able to personalise the offer that we propose to every user. This is also something we don’t do yet.”

Bichet believes Netflix is “doing ok” in Belgium, but not as well as it has done in France. “This is also why the timing is so great for us, because we haven’t been attacked massively yet by big digital players – really due to the complexity of the territory.”

For Proximus, content aggregation remains the strategy for the time being, with a focus on local content and a strong editorial strategy. “We will really focus on improving and getting better at what we already do.

“We don’t have a vocation to become a premium producer,” she adds, pointing to aspects such as the smallness of the Belgian market, its cultural diversity, and the related difficulties of producing content with economies of scale.

Platform challenge
While at IBC, Bichet spoke in a panel session that discussed the potential emergence of new aggregator platforms and the impact they would have on the market for traditional broadcasters and multi-play operators. She also hopes to take part in conversations about the challenges that legacy players such as Proximus – which was previously the incumbent operator, Belgacom – are facing in Europe and all over the world.

“When you compete with Netflix or Amazon, for example, you really have to deal with a deep legacy, both in infrastructure and also in the distribution systems … you can have the brightest colour on your car, but if you don’t have an engine to make it run, you go nowhere. So I’d really like to have the point of view of other players that have faced the same challenges. We have infrastructure and legacy systems to deal with, where Netflix and Amazon don’t have this kind of problem.”

The primary objective is to work out how to provide the best content offers to customers, and that also means partnering with direct content competitors. Proximus already distributes Netflix. “It’s not really competition. It’s ‘co-opetition’,” says Bichet.

Clearly, when it comes to providing good content offers as a telco, pragmatism rules – at least for now.

Read more Could cord cutters be a lifeline for linear TV?