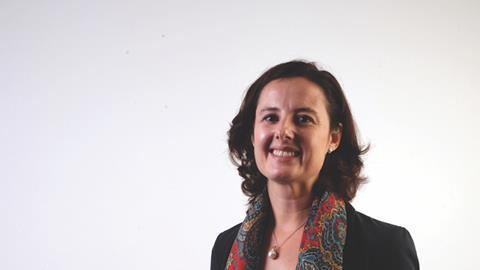 Ingrid Silver: Preparing for Brexit and the digital single market

Brexit is causing consternation among the major media companies that are established in London and are relying on Ofcom licenses to support their EU-wide activities, says entertainment and media lawyer Ingrid Silver.

A Partner at Dentons law firm, Ingrid Silver has had a front row seat for the rapid evolution of the entertainment industry and its practices.

She advised on the first-ever webcast of Big Brother in the UK back in the year 2000, and had had a hand in the launch of mobile and online TV projects around the world.

She took on the challenging topic of European regulations at the IBC2016 Leaders’ Summit session, ‘The Regulation Panel: Brexit and Digital Single Market’.

“The UK has strong historic, cultural and language ties with a wide range of markets outside the EU”

The aftershock of Brexit is likely to keep the media and entertainment industries on their toes for the next few years, according to Silver, because everything from a legislative point of view is so intertwined.

“The Audiovisual Media Services Directive (AVMSD) allows a broadcaster established in a particular member state of the EU to comply with the regulatory regime of that jurisdiction, and to broadcast from there to the entirety of the EU,” she says.

“If and when Brexit happens, those broadcasters potentially lose that ‘passport’.”

Silver also highlights that the European Regulatory Framework, contains content quota obligations that state that a linear broadcast must contain a minimum of 50% European content.

With the EU pushing ahead with its plans for a digital single market (DSM), a new 20% quota for on-demand services is likely to be added to the existing linear quota.

Europe must embrace the digital revolution and open up digital opportunities for people and businesses.

“That’s quite beneficial if you’re a production or media company producing content in the UK.

”The good news is that by relying on its membership of the Council of Europe, an organisation comprising 47 member states including the EU member states, the UK should still be able to access these quotas for linear services, if not for on-demand services.”

When Article 50 is triggered, spelling a two-year countdown to the exit of the UK from the EU, companies based in the UK could find themselves caught in the grey zone.

“In a situation where the regulation of the portability of online content across member states comes into force in 2017 through the DSM for example, the UK must still comply with this during the transition period,” says Silver.

“Currently, the UK is obliged to implement and apply these EU laws, in the knowledge that it may not be bound by them later on when Brexit takes effect. What will happen to existing EU legislation and case law, [known as] the ‘acquis communautaire’?

“This potentially impacts rights, contracts and licences across the value chain.”

However, Brexit is also presenting opportunities that can’t be ignored, according to Silver.

“The UK government could have more freedom to fund the media, production and creative sectors, as it won’t be bound by the European state aid regime,” she says.

“The UK has strong historic, cultural and language ties with a wide range of markets outside the EU, including North America, Australasia, large parts of Africa, and the Middle East. The UK creative sector is well placed to recalibrate and exploit these ties.”

For now however, knee-jerk reactions must be avoided, she warns. “It’s a time for people to build a clear understanding of what aspects of their businesses could be affected, and to plan accordingly.

Ultimately, the impact of Brexit may be very limited. In the immediate term, businesses should review their terms and conditions to make sure they are DSM and Brexit-proof.” 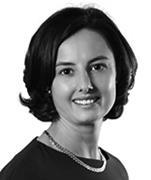 Ingrid Silver leads the Dentons UKMEA Media and Entertainment practice. She has been involved in the media and entertainment sector for more than 18 years. She provides commercial, regulatory and corporate advice on a broad range of industry related issues.

She has extensive experience of advising ‘blue-chip’ multinational clients and coordinating advice across multiple jurisdictions.

Silver has a ‘leading edge’ entertainment industry practice; advising on the first ever webcast of Big Brother, the launch of mobile TV; as well as advising a range of clients at the forefront of digital innovation.

She has extensive experience advising on services such as online advertising, convergence, interactive and mobile content.

A key part of Silver’s practice involves her providing specialist advise on corporate transactions for key entertainment industry companies (for instance leading on large scale due diligence exercises for a number of media and entertainment clients).