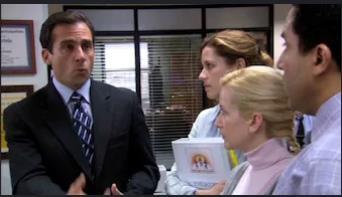 NBCUniversal will launch its upcoming streaming service next April with mostly live and off licensed content, offering a “very different” service from Netflix.

Speaking to Wall Street analysts on Thursday during the second-quarter earnings call, chief executive Steve Burke announced The Office will be one of the service’s tentpole programmes.

Burke said his team was “hard at work” on the advertising-based streaming service, targeting the launch for April. He said more than 500 people are working on it now, using Sky’s Now TV streaming platform. The exec said the company had a “very innovative way of coming into the market” and “very attractive financial aspects.”

Comcast recently said that NBC cult favourite The Office will leave Netflix when its current deal with the streamer expires at the end of 2020 to exclusively stream on the forthcoming NBCU direct-to-consumer platform.

IBC365 reported last month that nine seasons of The Office will be made available on NBCUniversal’s soon-to-be-launched streaming service for five years, beginning in 2021.

It will only affect US domestic streaming rights for now, with multiple existing international deals remaining in place.

NBCU’s streaming platform will retain exclusive domestic streaming rights to The Office for five years, paying $100 million per year to stream the series after outbidding Netflix.

Burke said that according to Nielsen, the series is the top-ranking show on Netflix, accounting for 5% of its overall “volume,” and the show aired on NBC and therefore being part of its DNA, he said: “We see The Office as one of the tentpole programs on our platform.”

Burke pointed to the streaming service having some “innovative” elements but declined to provide further details, citing competitive reasons.

He added: “Our service is very different from Netflix.