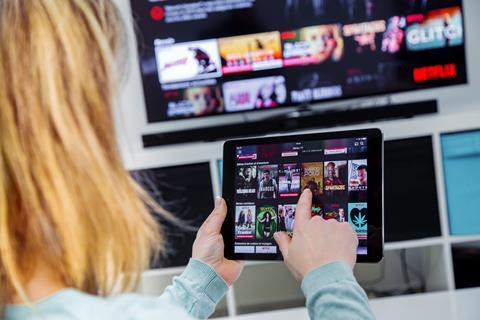 Sarandos told delegates during SeriesFest in Denver, Colorado, the strategy the streaming giant has employed to build its comprehensive content library won’t change despite the influx of new competition.

He said: “Picking content and working with the creative community is a very human function.

“The data doesn’t help you on anything in that process but it does help you size the investment. Sometimes we’re wrong on both ends of that, even with this great data. I really think it’s 70-80% art and 20-30% science.”

Addressing the formidable competition set to rival Netflix, Sarandos is confident this business model will give Netflix an edge against its competitors, according to a report by Deadline.

He added: “The thing that’s interesting about all these upcoming services, as well as the services that are in the market today, is that mostly they have none of the same programming.

During the interview, which was carried out by Liberty Global chief executive Mike Fries, Sarandos dispelled rumours that the streaming giant would pursue the rights to broadcast live sporting events and offered reassurances that the firm has no plans to venture beyond its current business model.

The arrival of Apple TV Plus and Disney+ raises the question on Netflix’s pricing model, however, despite its gradual monthly price increase, Sarandos said Netflix is “still pretty cheap,” he added: “I honestly think about it not in terms of price but in terms of value.

“If people are getting the value for the dollar, they should track each other really closely.”

Netflix has been building its content empire and pushing into more original programming with its weighty investment in content that topped $12 billion in 2018 and is expected to grow to $15 billion this year, according to Wall Street analysts.

Last month IBC365 reported the forecast that Disney+ would take on Netflix and Amazon as it is expected to add 19.2 million subscribers in Western Europe by 2024, according to Digital TV Research.

The forthcoming streaming service is expected to hit the market on 12 November and will significantly enhance the OTT market, however, analysts do not expect Disney to surpass the popularity and subscriber base of Netflix by 2024.