This year’s 4K 4Charity fun run will go virtual at IBC for the first time, with participants encouraged to raise money by taking part safely from any location. 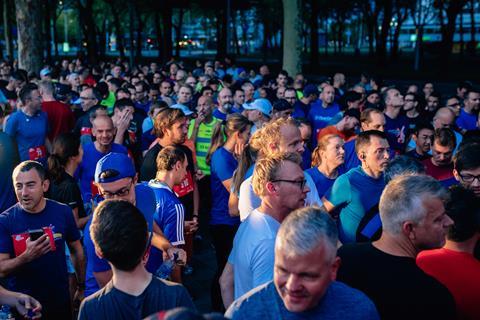 The event, which normally takes place in Amstelpark in Amsterdam, will instead be held virtually in line with IBC SHOWCASE.

Organisers of the fun run, which has raised over $1.2 million in events across IBC, NAB and SMPTE’s conferences, have opened registrations for both a 4km and 8km distance, with runners able to complete their run through to 30 October.

A portion of proceeds from the 4K 4Charity virtual event will benefit Technovation, a global tech education nonprofit that empowers girls and families to become leaders, creators and problem-solvers in their lives and communities. It will also support UNICEF, which is on the ground in more than 190 countries, partnering with front-line responders to keep children healthy and learning, and protected from sickness and violence.

“We are delighted to be working with 4K 4Charity again this year and very much look forward to seeing everyone’s virtual runs around the world during IBC SHOWCASE and beyond. Thanks to the support of so many people in our industry, 4K 4Charity has raised an amazing amount of money over the years and once again it will be supporting some excellent causes,” said IBC CEO Michael Crimp.

Last year’s run in Amsterdam went viral after Dutch footballer Robin Van Persie was beaten to the finish line by a rogue goat who had escaped from a local petting zoo.

Find out more about the 4K 4Charity run here