The ad-supported video on demand (AVOD), which launched in the UK last September, will also continue its international expansion with a launch in Germany later this year. 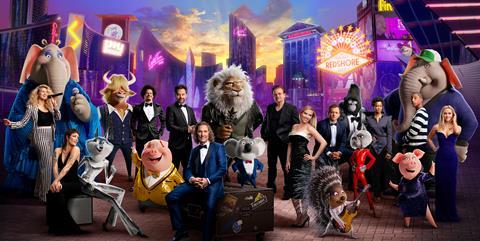 Sing 2: IMDb announced rights to a package of animated movies

“Customers are increasingly shifting to streaming ad-supported premium content, and we have developed Freevee to deliver them highly sought content with half the commercials of traditional TV,” said Ashraf Alkarmi, Director of Freevee. “Our new name clearly communicates who we are: an easy-to-navigate streaming service, available to users for free, whenever and wherever they choose to watch some of the greatest original and licensed content available.”

Amazon said that Freevee will grow its Originals slate by 70% in 2022, including the spinoff of Bosch: Legacy, premiering 6 May; a new home-design series, Hollywood Houselift with Jeff Lewis; Australian crime drama Troppo; and High School, a scripted series adapted for television by Clea DuVall, produced by Plan B.

Amazon’s free streaming service will announce additional greenlights at its NewFronts presentation on 2 May.

Additionally, the service announced an AVOD first by licensing a deal with NBCU securing an exclusive network-window for films from Universal Filmed Entertainment Group’s 2020-21 theatrical slate, including titles such as Dolittle, The Invisible Man, Promising Young Woman, F9 (Fast & Furious 9), as well as rights to a package of animated movies, including Sing 2.