BBC to spend £100m on diverse productions and talent 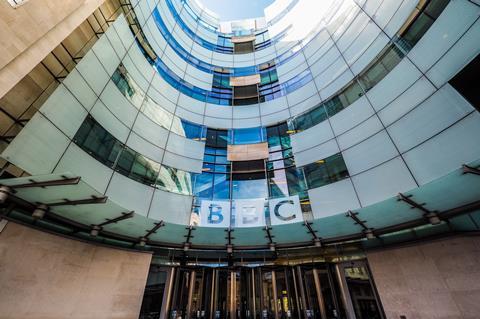 The BBC has pledged to spend £100 million from its existing commissioning budget on ‘diverse and inclusive content’ over three years, starting in 2021.

The money will be supported by a new mandatory 20% diverse-talent target in all new BBC network commissions from April 2021.

There will also be three “tests” for diversity in the BBC’s TV output, with programmes needing to meet two of them to qualify - diverse stories and portrayal on-screen, diverse production teams and talent, and diverse-led production companies.

The corporation will report on its progress in its annual report. The announcement follows widespread Black Lives Matter protests, after the death of George Floyd while in police custody in the US.

It also comes in the same week that more than 3,500 members of the UK’s film and TV industry have signed an open letter calling on gatekeepers to make a number of “strategic commitments” to reshape the landscape and improve representation.

BBC director-general Tony Hall said: “The senseless killing of George Floyd – and what it tells us about the stain of systemic racism - has had a profound impact on all of us.  It’s made us question ourselves about what more we can do to help tackle racism – and drive inclusion within our organisation and in society as a whole.

“This is our response – it’s going to drive change in what we make and who makes it.  It’s a big leap forward – and we’ll have more to announce in the coming weeks.”

June Sarpong, BBC director of creative diversity, said: “This commitment will help to drive real change that will be felt by all audiences. It will also create a strong framework to help diverse storytellers succeed at all levels of the industry.”

The BBC said the Creative Diversity investment will be enhanced by other commitments, such as regular meet and greets across the country, to enable talent from traditionally under-represented minority groups to engage with BBC staff and external suppliers.

It comes less than a week after Sky unveiled a £30 million investment to tackle racism and inequality. Google has also announced a diversity fund to support black creators.