Journalist, author and podcaster Emily Maitlis is to deliver the flagship address of the 2022 Edinburgh TV Festival, the James MacTaggart Memorial Lecture.

In her first major speech since leaving the BBC, the former Newnight presenter will cover the world of modern journalism, examining the threats to reporting the news and holding power to account, intimidation and censorship. 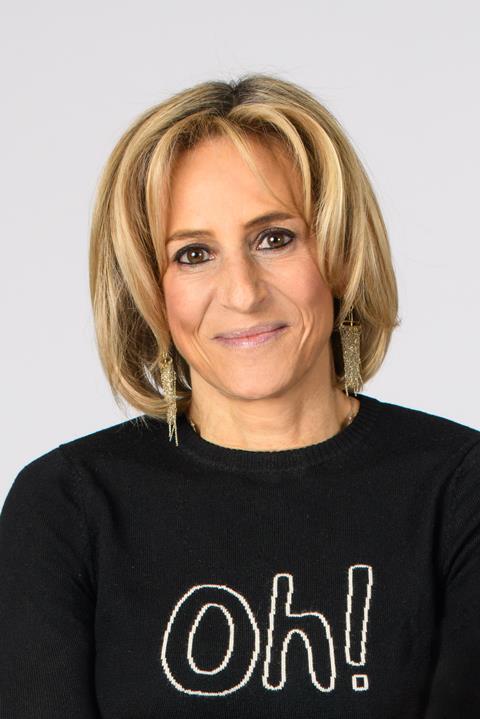 Maitlis’s most high-profile Newsnight interview took place in 2019, when she conducted the first interview with Prince Andrew about his links to Jeffrey Epstein.

She announced her departure from the BBC in February and signed with commercial radio company Global, where she plans to build on the success she enjoyed with the Americast podcast. She will team again with Jon Sopel for a new project under the Global banner.

Maitlis said: “The list of extraordinary people who have given this lecture before me makes this an honour beyond belief. It is a massive privilege - but also a responsibility. To get this right.”

“The need to hold power to account without fear or favour is more urgent than ever before. We are good at documenting censorship and intimidation of journalists around the world. But we are sometimes too slow to recognise how and when it is happening in more subtle ways, closer to home. In many places the political actors, their style of communication and their relationship with the truth has changed.”

The Festival’s Executive Chair Fatima Salaria said: “Emily Maitlis has delivered the news into our living rooms for over 20 years but could never be described as a news reader. Sharper and edgier than was comfortable for her last employer she is happiest when cracking open a story and not just reporting it.”

“Fans not just of her Prince Andrew encounter but Newsnight, Americast, and her best-selling book Airhead, will want to hear her take on truth, power and impartiality in what promises to be a challenging and insightful MacTaggart.”