ITV announced that it was adding over 9,000 hours of content to the service when it launches later in the year. This will include:

ITVX will launch with over 9,000 hours of new programming.

In addition, ITV also revealed that it has signed an agreement with Glaswegian-based Anime Ltd, the largest independent anime licensor in the UK. This will bring over 500 episodes/200 hours of television and films to the platform, including Escaflowne, Lupin III Part 6, Megalobox, and the critically acclaimed Cowboy Bebop.

ITVX will also benefit from the inclusion of True Crime UK from CBS Reality, which will provide viewers with an additional 200 hours of true crime content at launch, and a further 50 hours in 2023. Shows will include: Descent of a Serial Killer, two series of The Real Prime Suspect (hosted by former detective Jackie Malton), and three series of the highly popular show, Medical Detectives (also known as Forensic Files).

“We are delighted to announce our first wave of deals with Anime Ltd and CBS AMC Networks UK Channels Partnership for True Crime UK from CBS Reality,” said ITV’s Director of Content Partnerships, Streaming, Laura Franses. “These deals herald a new business model and opening up of the ITVX platform enabling us to bring hundreds of hours of 3rd party content to new and existing ITVX users.”

As Netflix loses subscribers and Amazon hikes the price of its Prime subscription, ITVX seemingly faces an uphill battle in a competitive marketplace. According to Kantar, 1.66 million VOD services were cancelled in Q2 2022, following on from 1.51 million cancellations in Q1.

But with its ad-supported model, ITV expects that its streaming platform will still appeal to viewers. “As we head into difficult times, [being free has] got to be a compelling reason to watch it,” Kevin Lygo, head of ITV studios told Reuters.

ITVX is described as viewer led - viewers will be able choose to watch thousands of hours of content for free in an advertising funded tier or trade up to a subscription service which provides all content ad-free and also provides thousands more hours of British boxsets from BritBox and other partners’ content. 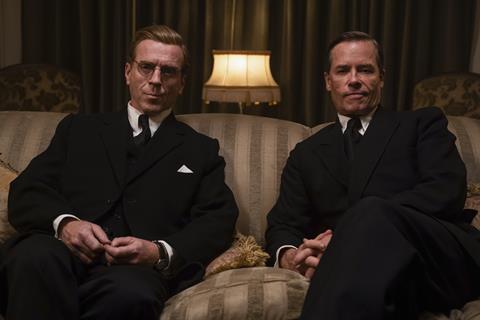 A Spy Among Friends

In a step change to its traditional approach, ITV will adopt a digital-first windowing strategy - premiering much of its new content first on ITVX and subsequently months later on ITV linear channels.

As Carolyn McCall, ITV’s Chief Executive, said when ITVX was first announced: “ITVX will be a free service supported by adverts, with a compelling subscription proposition. This is fantastic for viewers – it will provide a simplified and seamless experience with thousands of hours of free content made up of both library and original exclusive content.

”The subscription tier will provide a premium offering and includes all of the content ad-free as well as BritBox and future SVOD content partners.

“We are supercharging our streaming business, fundamentally shifting our focus to think digital first, as well as optimising our broadcast channels, by continuing to attract unrivalled mass audiences. In doing so we are responding to changing viewing habits, but also the evolving needs from our advertisers. This will enable ITV to continue to be both commercial viewers’ and advertisers’ first choice.”

Kevin Lygo, ITV’s Managing Director of Media and Entertainment, said: “Viewing habits are changing rapidly and ITV has exciting plans which… really scale up our streaming ambitions, offering viewers a service with more fresh, free content dropping every week than anywhere else.

“Our broadcast channels are very important to what we do, and we are still focused on delivering what ITV does better than anyone in commercial TV – creating programmes that bring audiences together in-the-moment, in their millions, for that shared viewing, scheduled TV experience.

“However, we know we have to deliver our programmes to as many people as possible in all the ways they want to watch them, and going forward viewers will now see a wide array of shows premiering first on ITVX, which is the cornerstone of ITV’s digital acceleration.”

Rufus Radcliffe, ITV’s Managing Director of Streaming, said: “2021 was a record year for ITV Hub and BritBox, giving us strong foundations from which to supercharge our streaming strategy. We are investing significantly in new and exclusive programmes which will be free to stream, and also in technology and product design to make the viewer experience and interface a premium one on ITVX.”

ITVX will be the first streaming service in the UK to offer viewers the ability to access free content with ads and ad-free paid subscription, all in one place.

As well as ‘streaming first’ exclusives, all the drama and comedy ITV commissions will be made available to viewers in one go on ITVX, for free, as soon as the first episode has aired on ITV’s linear channels. The same will be true of the majority of reality series.

In the same service, subscription gives upgrade access to a premium tier where all of the free content can be viewed, without ads, as well as a growing range of partner content, with further announcements expected to follow in due course.

Subscribers will also have access to BritBox, which showcases the biggest streaming collection of UK series from BBC, Channel 4 and Channel 5 and includes exclusives such as Classic Doctor Who. BritBox has recently surpassed 733,000 subscribers.

Until the launch of ITVX later this year, ITV Hub will continue to be the free streaming home of ITV, with ongoing plans to scale up the amount of content on the service in the run up to ITVX launch. ITV Hub currently has 4,000 hours of content while ITVX will have around 15,000 hours at launch.

BritBox will remain the standalone subscription home of British content until later this year, when the content on ITV Hub and BritBox will come together on ITVX.

The pricing of the subscription tier in ITVX will be announced later this year.