The Quest Pro VR headset has been announced by Meta CEO Mark Zuckerberg. The new device will cost $1,500 and start shipping on October 25.

Zuckerberg announced the device at Meta’s Connect conference, which is aimed at VR and augmented reality developers. 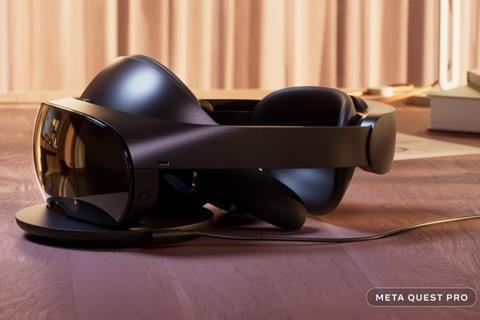 The Quest Pro is almost four times the price of Meta’s current headset, the Quest 2, which starts at $399.

The new headset contains some mixed-reality features that can blend elements of the virtual world with the physical world.

Read more The challenge: Ethics of VR and AR in media

The Quest Pro headset also allows users to see their real environment around the periphery of the screen.

Zuckerberg said mixed reality was “the next major step for VR”. He has touted mixed reality as an important feature in the creation of the metaverse, or digital worlds that people can access via VR and AR headsets.

Meta is pitching the Quest Pro as a productivity device, aimed at designers, architects and other creative professionals.

Meta is betting its future on the creation of a metaverse. Last year, Zuckerberg changed his company’s name from Facebook to Meta to signal his intention to refocus the social media giant into a company that focuses on the metaverse.

Read more Into the broadcast metaverse with Vizrt, Adobe and TRT