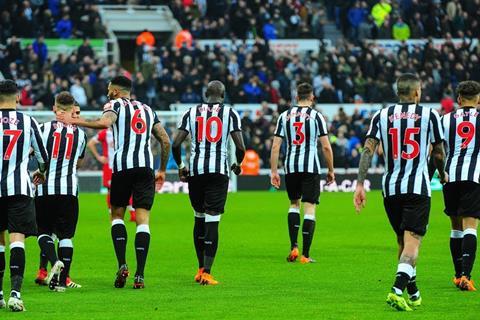 Saudi Arabia: In the midst of of a takeover attempt of Newcastle United

The Kingdom of Saudi Arabia has pledged a crackdown on broadcast piracy after a World Trade Organisation investigation found the state had not done enough to tackle pirate sport service BeoutQ.

An initiative from the Saudi Authority for Intellectual Property unveiled plans to eliminate piracy and shut down 231 illicit platforms in the Middle Eastern country.

Writing to major sports bodies across the globe, the Saudi Arabian Football Federation acknowledged it has a “responsibility” to help fight broadcasting piracy. In the letter, which was sent to bodies such as Uefa and The Premier League, the governing body insists it “understands the need to protect and respect intellectual property rights” according to the BBC.

SAFF president Yasser Hassan Almisehal wrote: “Sporting rights are the lifeblood, which feed the future not just of elite clubs, but of the entire sporting pyramid.

“With our sporting ambition comes a responsibility to help [fight] piracy and as a nation we already have the rigorous governance framework to do just that.”

The WTO also called for the country to “bring its measures into conformity with its obligations” under international law, with sports bodies such as the International Olympic Committee, the Premier League and Fifa also piling pressure onto Saudi over sports rights.

Saudi for its part has always denied being responsible for BeoutQ, which has been broadcast on Arabsat. On Sunday, the Saudi government said it will launch an “inspection campaign” to stop piracy websites and platforms, with plans to introduce new rules that could see those which breach copyright laws fined up to 250,000 Saudi riyals (£54,000) and those responsible jailed for six months.

According to reports from the region, BeoutQ set-top boxes are no longer working, while broadcasts of BeIN Sports, which have been shut down since 2017, are now working again in the country.

It comes as Saudi Arabia is in the middle of a takeover attempt of Premier League football club Newcastle United. The Saudi’s PIF investment fund is financing 80% of the £300 million takeover, which is currently awaiting approval of the Premier League’s owners’ and directors’ test.

BeoutQ has been accused of illegally showing Premier League games, and reports from the sports press claim this has been one stumbling block for the acquisition, which has been under assessment by the Premier League’s lawyers for over two months.

Piracy, which remains a major threat to broadcasters’ revenue, has surged during the Covid-19 lockdown, with viewers seeking more content than ever before.