Teletubbies brought to life via AR 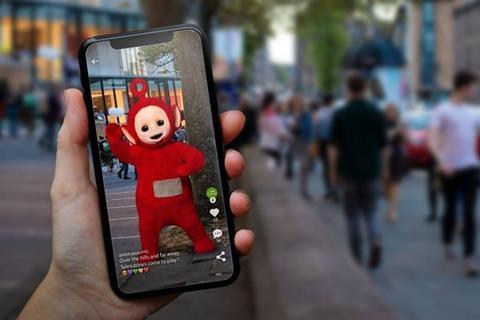 Classic kids TV characters from Teletubbies, In the Night Garden and Boy & Dragon are to be brought to life through augmented reality.

Characters from WildBrain’s Teletubbies, In the Night Garden and the original WildBrain Spark’s show Boy & Dragon will be brought to life through Anipen’s s AR technology and made available within their AnibeaR app.

Through the app, users will be able to create short videos which will incorporate the characters in real-world scenes shot on their phones. The videos can then be shared via social media.

The project is currently in development and the characters are due to launch on AnibeaR in Korea, Japan, China, Southeast Asia, and Australia later this year.

The AnibeaR app was developed and serviced in-house at Anipen and was also selected as the Best of AR in Google Play in 2019.

WildBrain Spark’s branded YouTube network has more than 300,000 videos for more than 800 kids’ channels in over 30 languages. Its library of kids’ and family content includes Peanuts, Teletubbies, Inspector Gadget, and Yo Gabba Gabba!, as well as third-party brands such as Fireman Sam and Ben 10.

Jon Gisby, managing director of WildBrain Spark, said: “This is a ground-breaking project for WildBrain Spark as we use immersive technology to allow kids and families to create their own stories with our globally recognised characters.”

Jaewoong Jeon, CEO of Anipen, added: “We are committed to bringing next-generation augmented reality content that provides bold new experiences for users, such as interactive AR technology that combines our technical expertise with the family characters audiences know and love.”