ViacomCBS Networks UK has announced new measures to strengthen its diversity drive in the UK, including a ‘no diversity, no commission’ content policy for its suppliers. 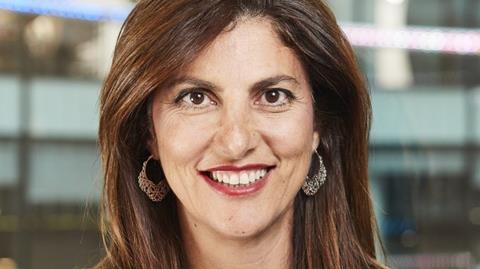 ViacomCBS president Maria Kryiacou: ’Important we work closely with production partners to ensure they help us to achieve our ambition of being truly reflective of Britain today, both on-and off-screen.’

The ‘no diversity, no commission’ policy will be applicable to production suppliers working for all ViacomCBS Networks UK brands, including Channel 5, MTV, Nickelodeon, Comedy Central, BET and Paramount Network.

The company will also extend the Creative Diversity Network’s Diamond diversity data monitoring across all its pay TV brands, in addition to public service broadcaster Channel 5.

Other initiatives include hiring a new role within its commissioning team responsible for developing diverse talent on- and off-screen. This new position will help launch and run a ‘New Faces, New Voices’ diverse contributors search to boost on-screen representation.

ViacomCBS Networks UK will also create a new ‘Promotion Opportunity Project’ to identify and support the promotion of BAME talent in the UK production sector. The idea is to champion a number of mid-level freelancers and aid their career progression, with the opportunity to demonstrate their skills on a primetime commission.

From an organisational perspective, ViacomCBS will create an Inclusion Board allying its senior leadership team in the UK with its Employee Resource Groups (ERGs) and will give quarterly reports on performance.

A new BAME Talent Sponsorship Programme will pair senior leaders with diverse talent. The company says it will build on existing inclusive leadership and unconscious bias training for all senior leaders and hiring managers.

ViacomCBS has committed to diverse candidate pools for every open vacancy and is evolving its internship scheme to provide entry level and mid-level fast track positions into leadership.

In addition, it has committed to voluntarily publishing its Ethnicity Pay Gap report in the UK on an annual basis.

Maria Kyriacou, president, ViacomCBS Networks UK & Australia said: “Society is now at an inflection point on the issue of systemic racism and as individuals, as a company, we all have a part to play in righting centuries of wrongs. For too long the TV industry has been a relative closed shop and if we are to be of continued relevance to the audiences that we serve, then this must change.”

Ben Frow, director of programmes, ViacomCBS Networks UK added: “It is important that we work closely with our production company partners to ensure that they help us to achieve our ambition of being truly reflective of Britain today, both on-and off-screen.

“The ‘Promotion Opportunity Project’ and ‘New Faces, New Voices’ are two practical actions that will contribute to change in front of and behind the camera, building on our BAME indies initiative which remains a continuing area of focus.”