What is the future of linear TV?

Linear channels will continue to exist in years to come but will increasingly be delivered by streaming platforms, a Future of Linear IBC Conference session concluded yesterday.

The panel noted that linear TV continues to offer audiences shared experiences in real-time, pointing out that millions of viewers around the world tuned into TV news channels on Tuesday for information about the death of Queen Elizabeth II. 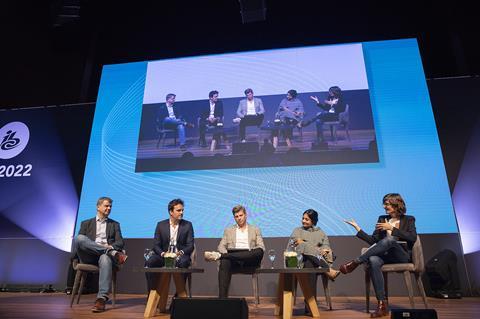 However, Moderator Marion Ranchet, Founder & Managing Director of The Local Act Consultancy, cited recent Omdia research which showed that linear TV viewing time decreased in all markets in 2021, while streaming grew in all markets. In particular, younger viewers are turning away from linear channels at a much faster rate than older generations.

“I’m a firm believer that streaming will be the mothership and everything else will be a subset of streaming,” said Zee5 Global Chief Business Officer Archana Anand. “Linear in many ways can sit within streaming, and a consumer who chooses to watch live or appointment viewing can still get it via streaming.”

She said that it would only be a matter of time before the personalisation, packaging and pricing of streamers attracted the older generation.

Robert Andrae, Google TV Partnerships Lead, Media & Entertainment EMEA, said: “We are very much committed to enable live TV as a service, which is blending in with VOD over time so that you basically get the best of both… This is what makes a great connected TV experience.”

Maxime Carboni, Director of Worldwide Distribution at Euronews Group, explained how the France-based news network had expanded the global reach of its live TV channel by launching as a FAST channel on multiple streaming platforms such as Pluto and Roku.

Benjamin Rosenberg, Head of Distribution, Carriage Partnerships at the BBC, stressed that the corporation strove to reach audiences wherever they are – on linear and online. “Our strategy does need to take into account the trend away from traditional broadcast. But we don’t view that as a bad thing… We can build on the existing linear experience that they know and love to offer them a whole lot more.”