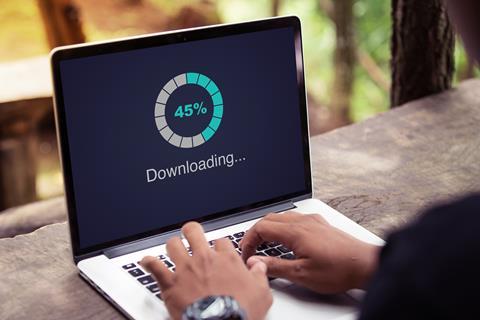 Digital content piracy has skyrocketed across the globe during the coronavirus lockdown, with a rise of 40% for film piracy, according to a new report.

The report from piracy tracker Muso found film piracy during the last week of March increases by 41% in the US, 43% in the UK, 50% in Spain, 62% in India and an astonishing 66% in Italy when compared with the final week in February, before most countries went into lockdown.

Websites that allow viewers to illegally tune into TV shows saw a 29% increase during the same spell, during which governments imposed a lockdown in several countries due to the coronavirus pandemic.

While, there were 257 million visits to piracy sites in Germany, 237 million in Spain, 198 million in Italy and 55 million in Portugal.

“Piracy or unlicensed consumption trends are closely linked to paid-for or licensed content,” said Andy Chatterley, Muso chief executive: “So just as Netflix has seen large subscriber gains, we have seen a significant spike in visits to film and TV piracy sites. Demand for content via piracy has grown exponentially.”

With much of the global population spending more time at home, streaming and TV services are believed to have seen an increase in interest. Netflix announced 15.7 million new subscribers in its most recent quarterly results, taking its total subscriber base to over 180 million worldwide.

Disney+ has also racked up more than 50 million subscribers since launching five months ago, while Quibi saw its app downloaded more than 2.7 million times in its first two weeks after launching.

A report from UK TV marketing body Thinkbox said the country has seen a rise in shared TV viewing, up 37% since lockdown began. Audiences have notably looked for lighter entertainment, with viewing of comedy shows up 40% in the first three weeks of lockdown.

“TV is again uniting Britain,” said Ben Page, the chief executive of Ipsos Mori, which conducted the research for Thinkbox. “New routines and habits are emerging, with TV bringing households together to seek comfort in shared experiences.”

But the report from Muso will be of concern to the industry, with the shift to IP already presenting new opportunities for pirates.

In a recent IBC365 webinar, experts on battling piracy discussed how to safeguard content as more of it moves towards OTT.