It was in early 2014 that details first emerged of the BBC’s new Virtual Local Radio (ViLoR) project to centralise playout and storage for its local radio stations around the UK. Devised to streamline operations, boost resource-sharing and free up rack space, the ViLoR concept was initially put to the test at BBC Radio Northampton, Suffolk, Essex, Three Counties and Plymouth.

BBC lead project manager Geoff Woolf was one of the principal members of the ViLoR team throughout the project’s duration. One of the great positives of the initial rollout, he says, was that “because of the amount of testing that was carried out beforehand, the actual implementation resulted in very few issues that we needed to resolve. The main challenge was that the [new centralised infrastructure] had to be robust and support local radio operation, which is 18 hours per day, 7 days per week.”

Consequently, the green-light was given for the other 34 BBC local radio stations to receive the ViLoR treatment, with the project reaching completion in March 2019. IPE Technologies secured the main contract to supply and integrate furniture and equipment at the stations themselves, whilst the BBC’s own engineering team undertook much of the work at the two data centres – located in London and the Midlands – that underpin the new infrastructure.

Although there were some well-publicised technical problems in 2017, mid-way through the roll-out of ViLoR, that resulted in several minutes of dead air at most affected stations, there has been no comparable recurrence since then. Woolf also observes that “what did not make headlines in the pre-ViLoR days were the hundreds of incidents per year across the BBC Local radio network caused by the aged and failing equipment and infrastructure which ViLoR replaced. There were some stations where faults were weekly or even daily occurrences, and that is no longer the case.”

In addition, the configuration of ViLoR means that “no single failure will take a station off-air – except for the presenter, who is clearly a single point of failure. In a more severe fault situation, the presenter may be required to relocate to the other studio, but then that is no different to pre-ViLoR days.”

Inside the data centres
The overarching ambition of the scheme, says Woolf, was “to take as much technology out of the [local station] buildings as possible, and the driver of a lot of the entire approach is that we did some analysis of how money was spent at a few stations that had been refurbished prior to ViLoR coming along.”

In particular, those studies highlighted the amount of money being invested in “creating space for new equipment” as well as the time spent on installing and commissioning it – not to mention “decommissioning all the old stuff”. This process inevitably entailed the identification and outfitting of temporary facilities – another expense the local radio network could do without.

By moving towards centralised facilities for as much of the studio infrastructure as possible, it was estimated that the average time for a refurbishment could be brought down to less than eight weeks. In fact, a turnaround of fewer than six weeks was generally possible, while the need for temporary facilities was essentially eliminated.

Equipment in both data centres – dubbed Virtual Local Radio Centres (VLRCs) for this project – is concentrated into 8 to 10 bays per centre. “This equates to less than the footprint of two local radio stations to support all 39 stations around the country,” notes Woolf. 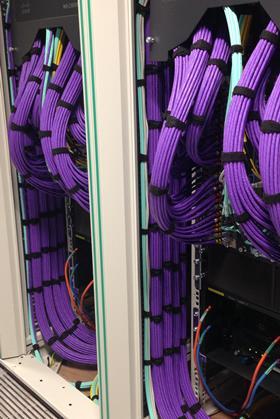 Inside the data centre

Working primarily with commodity hardware, Woolf and his team elected to use Cisco networking equipment, Dell EMC SAN Storage and HP server farms to provide the core of the ViLoR system. “A lot of the suppliers were familiar to us from previous projects,” says Woolf, adding that achieving seamless interoperability was a key priority during the specification process: “We knew that we would be able to achieve a good level of interoperability with these solutions.”

Mix engines were provided by Axia Audio, although due to time constraints it was not possible to virtualise this part of the workflow. “So, what we have is an IP mix engine running on dedicated hardware with IP in and IP out. But everything else is running on the virtual servers,” says Woolf.

On the studio side
At the studio end the focus was on delivering an experience to presenters and production teams closely resembling that achieved with the previous studio infrastructure. Consequently, while audio files are now stored, streamed, mixed and processed in the two VLRCs, editorial teams retain full control over the playout system and control surfaces per studio – one a standard analogue mixer and one to mix content drawn from the data centres.

In addition to making it far easier to share content across the network, ViLoR brings several sizeable benefits to day-to-day radio production. These include more consistent audio quality, since the virtual system allows audio files to remain in the same format throughout. The standard quality of audio files has also been improved.

With the audio core offering the capacity to host more than 10,000 audio streams, Woolf believes it to be “one of the largest real-time audio systems in the world… although of course I will be happy to be proven wrong!” 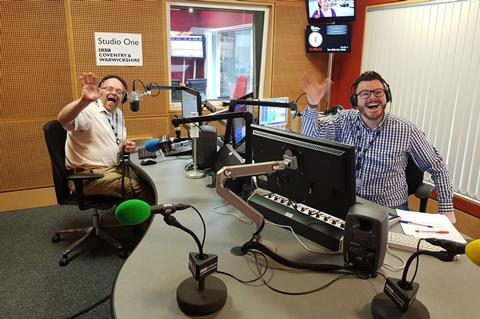 Enhanced dialogue with the audience is another beneficiary, with the virtual system furnishing new social media management tools from UK company Broadcast Bionics that enable Twitter, text and Facebook messages to be aggregated and cleared for broadcast on the same screen that manages phone and Skype calls. As Woolf remarks, “we have worked very hard to integrate all of the numerous tools that are now required to reach out to the audience”.

There is also a suggestion that ViLoR could be developed further in time to make it easier for editorial teams to cover local events on the ground – such as county shows and music festivals – possibly in the form of temporary pop-up stations.

In the meantime, maintaining software will be considerably easier than before ViLoR since updates can be “installed simultaneously at the two data centres, rather than requiring a time-consuming and costly manual visit to each of the 39 stations,” says Woolf.

Future opportunities
As well as dealing a transformative effect to local radio production, ViLoR constitutes the most sustained “coordinated programme of work” to update the local radio network in two decades. “Improvements since then have been slightly scattergun. Some of the existing studio equipment was quite aged; for example, the oldest desk that we replaced had been in service for 30 years. So, to have a complete overhaul of this nature – and one with which almost everyone has been universally happy – has been fantastic.”

Implementation of ViLoR has been supported by training for 1900 people and over 500 studio training sessions held around the UK. But the learning curve does not appear to have been overly steep for most participants: “In general people have become very comfortable with the new system very quickly.”

Although ViLoR has only been put to bed in the last few months, Woolf says there are “definitely opportunities” to apply some of the lessons learned to other parts of BBC local broadcasting. Implementing similar virtualisation for video would be logistically challenging at this point, and possibly hard to justify given that most BBC regional TV stations are on air for around an hour per day.

“But what I think we could look at doing is building a small virtual platform for each regional centre,” says Woolf. “Time will tell but I am sure we will see more virtualisation along those lines.”