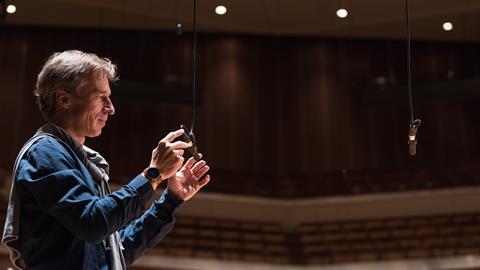 The Berlin Philharmonic’s decision to stream its concerts in high-quality audio and video has seen it push both technical as well as creative boundaries, writes David Davies.

As it journeys towards its 140th anniversary in 2022, the status of the Berlin Philharmonic within the classical music world is more assured than ever. 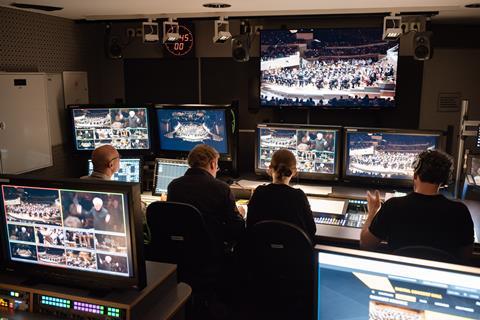 With Kirill Petrenko shortly to assume principal conductor duties after a successful tenure under the baton of Sir Simon Rattle, the orchestra invariably vies for top position in polls of the world’s greatest ensembles alongside the likes of the Amsterdam-based Royal Concertgebouw Orchestra, the Vienna Philharmonic and the London Symphony Orchestra.

Given the Berlin Phil’s formidable reputation it is not surprising that the bar was set very high when the technical team began to develop the orchestra’s online video presence in the early 2000s.

Initial thoughts about short-form content to give the orchestra a presence on platforms such as YouTube swiftly gave way to a rather more extensive vision that would ultimately see all of the orchestra’s 40 or so annual performances at its home base – the Philharmonie – be made available for live and on-demand viewing, along with coverage of selected ‘away fixtures’ in cities such as Lausanne and Salzburg.

What’s more, the performances would be delivered in the best quality available at any given time. “In 2006, we decided to set up the whole project in HD, which at that point was quite a rare move,” recalls Christoph Franke (pictured above adjusting a microphone), creative producer at Berlin Phil Media. “We also knew that we wanted the best possible reasonable audio quality, which meant 320 kbit/s and AAC as opposed to MP3.”

“Not all of the products that we wanted were quite ready, and there were a lot of glitches that had to be ironed out for everything to work reliably. But perhaps the greatest challenge was not with 4K itself, but with HDR.” Christoph Franke, Berlin Phil Media

While the project already had something of a head-start due to the presence of a recently overhauled recording studio on the Philharmonie site, the creation of highly-specified video production facilities obviously had serious financial implications. So a sponsor for the project, now referred to as the Digital Concert Hall, was sought and identified in the form of Deutsche Bank – after which the primary hurdle seems to have been addressing the concerns of the orchestral musicians themselves.

Sir Simon Rattle – who had joined the Berlin Phil in 2002 – was always on-side. “He thinks that music should be available to everyone like water – a statement he actually made in the first video he filmed for the Digital Concert Hall,” says Franke. 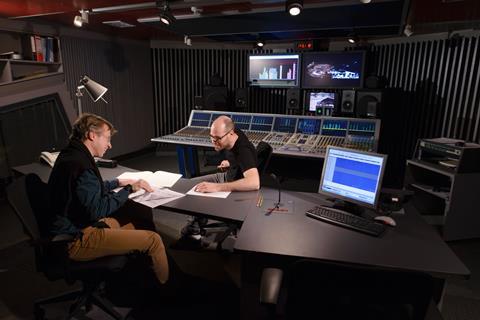 But the players needed more convincing. “In those days – like nowadays – there could be a tendency to put a video on YouTube if something horrible happens. The idea of there being a failing in a performance and the whole world seeing it the next day is obviously not an appealing idea. So we established some rules [for streaming of the performances] and assured them that nothing would go out that was in any way embarrassing or out of their control.”

The first concert to be delivered via the new platform took place on January 6, 2009, and included performances of Dvorak’s Slavonic Dances (Opus 46 in G Minor) and Brahms’ Symphony No. 1.

Ten years later the Digital Concert Hall is a cornerstone of the orchestra’s global outreach, with a growing online viewership for live and on-demand services, and the opportunity to choose between monthly subscriptions or ‘tickets’ with 7-day, 30-day or 12-month access.

4K now… immersive audio next?
As befits its guiding principle of offering the best available quality, Berlin Phil Media has sought to remain at the forefront of global broadcasting trends.

In 2017, the workflow at the Philharmonie was upgraded from HD to UHD/4K, a process that Franke readily admits was a painful one. “Not all of the products that we wanted were quite ready, and there were a lot of glitches that had to be ironed out for everything to work reliably. But perhaps the greatest challenge was not with 4K itself, but with HDR and the need to be able to use HDR with, in our case, HLG whilst still offering SDR content for our video-on-demand platform. So a lot of time was spent getting the picture right for the different colour gamuts and dynamic ranges, and implementing the right firmware in the cameras.”

“Nothing is definite at the moment, but [immersive audio] is something we are thinking about and we do have a project to evaluate several different methods of capturing immersive audio.” Christoph Franke, Berlin Phil Media

Despite the uneasy nature of the transition to 4K, Franke does not rule out a future move to 8K. “We are thinking about it as [technology partner] Panasonic will be offering 8K cameras that would perfectly replace the [4K] ones we have now – with the same form factor but different chip technology. So I would be not surprised if we approached that at some point.” 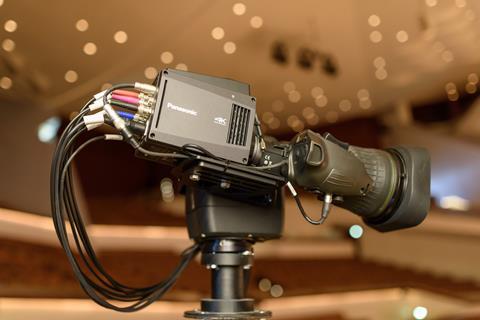 The video capture is presently based around Panasonic AK-UB300 4K Box Cameras, with a total of ten units positioned around the stage “in a near-complete circle; the design of the Philharmonie really helps us in this regard.” The cameras are remotely operated to ensure minimum impact on the players or audience members. Panasonic also provides much of the other equipment, including the vision mixers and monitors.

The audio configuration in the hall varies according to the pieces being performed, but DPA, Schoeps and Neumann microphones are invariably well-represented. Mixdown is achieved via a Stagetec console, with Stagetec Nexus converters recently being used to digitise a series of historic recordings conducted by one of the orchestra’s most famous alumni, Wilhelm Furtwängler.

Immersive audio is also under consideration. “Nothing is definite at the moment, but it is something we are thinking about and we do have a project to evaluate several different methods of capturing immersive audio,” reveals Franke.

Global influence
With Petrenko’s arrival as chief conductor this August, Franke sees further opportunities for additional content within the Digital Concert Hall: “I think he will be willing to do interviews – which is not something he normally does – while there may also be scope to develop formats that make it possible to create more educational content explaining the background of various pieces.”

For now, Franke and his team are enjoying the opportunity to take stock and reflect on the first ten years of a project that has undoubtedly been one of the most important recent initiatives to improve public access to classical music. It has also had a great influence on other orchestras, helping to highlight the possibilities of online media.

“Some have come to the conclusion that this cannot be their model, while there are others who have taken one or more of the elements into their own services,” he says. “It’s actually really nice to see that happen. “We don’t see it as competition – instead, our view is that the more these kind of services are available and the more people have the opportunity to watch classical music on the internet, the better it is for the whole world of classical music.”