“TV is not falling off a cliff,” says RTL SVP 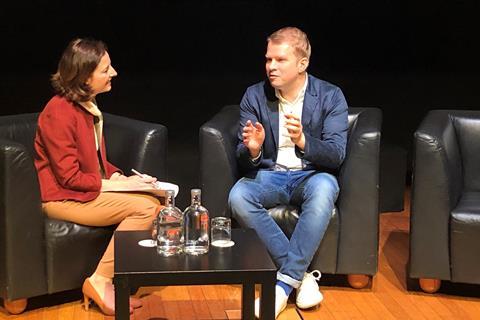 Broadcasters that were once defined as strictly linear or over-the-top (OTT) are being forced to compete in a crowded market where global competition for eyeballs and “keeping the brand sticky” are critical to remaining relevant.

Speaking during the Connected TV World Summit in London, Rhys Noelke senior vice president of RTL said: “The business of TV has never been so competitive. Live TV and linear TV is merging and marrying with the video-on-demand (VOD) services and strengthening in local markets.”

And Noelke revealed the Luxembourg-based broadcaster that owns 60 broadcasting channels and 30 radio stations across Europe is doubling down on content.

He said: “Convergence in itself is a riddle because you’re trying to bring the linear TV world with the on-demand world together and diversify the strengths of the group…the execution strategy is a challenge.”

Noelke said that a few years ago, there was a race for original productions across linear and non-linear services, however today the economics are proving tougher to create sustainable IP.

He said: “Using dynamic and digital video ad-technology is where our emphasis is. We are having to work with global competitors whilst having a presence with the mega platforms that are drawing audiences.”

Production investment
Noelke also pointed to “significant investment” in RTL’s production arm. He explained production company Fremantle – a subsidiary of the RTL Group which is based in London – has strengthened the brand with new clients that include Amazon, Hulu, HBO and as well as its own drama business with 75 series in the pipeline and 20 set to launch this year.

He likened the direct-to-consumer relationship with OTT platforms as a “frenemy” business approach where there is limited control of audience movements but made it clear that data and consumers are at the heart of RTL’s strategy with technology driving change.

“TV is not falling off a cliff,” Noelke added: “[We are] trying to embrace the multiplatform world and have presence to get in touch with consumer demands.

“The new technology space is expanding and investment in ad-tech is key.”

Maneuvering change
RTL has experience tapping into European markets with proven success in the Netherlands, where it launched Videoland last year, merging its two OTT platforms as part of its developing fan centric strategy.

Noelke explained Videoland is well positioned to go head-on with Netflix with roughly one million paying subscribers in the Netherlands and Germany and is ambitious this will triple.

When asked if it will be enough to compete, Noelke said: “Probably not but we need to leverage declining reach and measuring audiences.

“RTL is truly local and a magnet for audiences… consolidation and collaboration will be mindboggling for the coming years and we need to play to our strengths as a pan European player.”

He said that essentially consumers don’t care what channel content is on.“Ultimately channels will remain applicable if they focus on consumer demands.”

Content convergence
Noelke said: “The business of TV has never been so competitive and video 2.0 is the name of the game now with the opportunity to bring content to a new market.”

Content is emerging rapidly and the industrial pace of change is unprecedented with “little atomic TV brands” surfacing and broadcasters breaking down the barriers for entry with OTT deals and new channel agreements.

“Production has become so easy, the creative part is simple but professional scalability is harder.”

RTL is actively embracing the multiplatform world with direct-to-consumer offerings that promise an exciting future for the relatively new broadcaster.

Noelke said: “It is something still challenging because 25 years ago RTL was the new kid on the block. Today we are rejuvenating and redefining this approach and what we are trying to bring into play.”

Success comes from working with partners for native, digital-first content and partnerships with platforms that are potentially enemies and or predators is the company’s starting point.