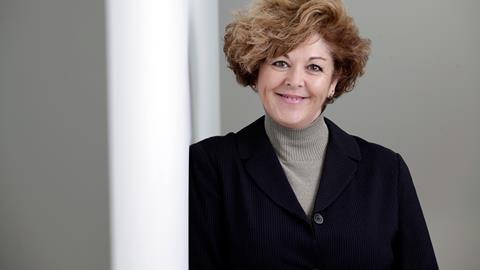 Learning the lessons embedded in data

Having joined Microsoft from Adobe earlier this year, Jennifer Cooper brings with her a wealth of business development experience in the digital sphere. 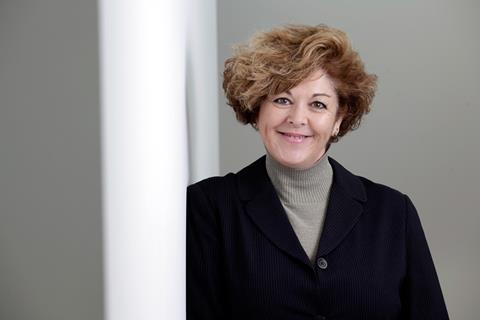 As a long-time observer of the media landscape, she’s closely witnessed the massive changes cloud computing has triggered in the media and entertainment sector. She joins a company very much central to the global provision of that service.

As a whole, Microsoft’s Q2 earnings report in July indicated a revenue growth of 17%. Achieving that figure was helped in no part by the company’s Azure cloud computing services, which reported a whopping 89% jump in revenue.

“It’s a huge priority for the company,” says Cooper, regarding Azure’s continued performance in the market. “It’s growing extremely fast and it’s been extremely successful.”

Recently, the company has orchestrated a major communications push in order to outline the insights that AI can deliver in concert with cloud-based services - not least in the media and entertainment sphere, which continues to shift decisively towards on-demand.

“Audience intelligence and the conversation around audience engagement are incredibly important for the sector” says Cooper, who has noted a “very aggressive” market move towards all-digital media over the last two years in particular.

“These technologies are there for the editorial, marketing and revenue people within an organisation, to help them to make the smartest possible decision, based on data and actual consumption.”

Effectively getting that message to those individuals, in order to facilitate the best content decisions, is what’s occupying her.

Old and new schools of commissioning
The process of greenlighting major projects, including feature-length movies, is one that Cooper is particularly focussed on.

The trend has been for studios to make increasingly better use of data that’s accessible via cloud services, and then parse this using AI to uncover the trends and patterns that will inform the next commissioning decision, and how to best support the product.

The data backs up what to go for, and why it should work.

Cooper, feels we’re in a time where industry figures who make big calls based mostly on experience and intuition are passing into history.

“Sure, you still have people you’d refer to as ‘old-school’, who make decisions by gut-feel,” she says. “There are lots of people like that, but they’re obviously not as successful as others who utilise data and research, and the tools that are available.

“It’s not so much a push-back against technology per se, it’s literally a pushback against progress,” she continues. “They know what they know, and that’s totally fine, but [that’s at odds with] a new generation of content creators who come along and use the digital tools almost primarily.“

She points to the example of Deadpool 2, one of this year’s major blockbuster successes, as a movie where the data has been extensively harnessed to produce a totally digital product, from concept, to production, to marketing.

The Deadpool franchise left a wisecrack-popping marketing imprint across a dizzying range of digital platforms - from dating profiles, to emojis, to funny celebrity videos and Deadpool demographic-specific health advisories.

“It’s when (creators) are doing the actual creation, editing, global collaboration and so on, those are the things are a lot more dependent on technology,” says Cooper.

Behind the industry executive, the landscape where most of the work is being done continues to digitise rapidly.

“They cannot get away from the need to have data on their audience growth numbers, or their segments and performance across different channels. They need that to optimise their decisions.”

‘Audience intelligence, when combined with data, could be used to make some very smart decisions and choices about what to put out there’

Insights from new sources
Cooper sees the current environment as one where content has the power to go and achieve so much more than it did in older, linear environments.

“Today, you can interact with anything in on-demand fashion.”

“In the media and entertainment vertical, the reach that happens on-demand is ten times or more higher. The growth now happens on demand, well outside of the theatrical release window. That’s the biggest difference now: the way audience growth is through this pervasive interconnectivity.”

That means more and more layers of metrics can be gathered - including a rich layer of underlying, instant emotional responses.

In her new role at Microsoft, Cooper is observing how certain companies, given their assets, will have access to a whole range of data that can be used to craft smarter processes.

“When I was with Adobe, there wasn’t really any technology that could surmise any of the emotional output, but Microsoft actually does have that – in the form of facial and gesture recognition – that could be parlayed from a particular device and connected with viewing a particular video.”

While these kinds of emotive metrics might not yet be part of the core data in the entertainment sphere, you only need to open Snapchat or Facebook to see how the technology behind them is being be used by millions of people daily. The promise of this tech is truly massive at the creative stage.

“There are photo facial recognition applications outside of the entertainment context that are a lot more mainstream right now,” says Cooper. “I just think we need to catch up with some of those core applications.”

Looking for answers
Despite Microsoft’s continuing success with Azure and SaaS / IaaS facilitation, and all the praise for cloud-based benefits coming from the media sector, Cooper is still preoccupied with a persistent question: Why are some potential clients still put off by the transition towards the cloud and sticking with on-premises (on-prem) hosting?

It’s one she is actively looking to answer. Getting to the bottom of it may offer clues that further explain the current trajectory of the market.

Many of these are points that Cooper has come across before, but delving deeper into the reasons for genuine holdouts remains her priority.

“I would like to understand if there are other issues that are keeping people from going to the cloud, especially if they know their collaboration, editing, and ability to make real-time changes across large work teams is actually so much effective using the cloud - versus using the hardware on-prem.”

“The reason we (Microsoft) thought that audience growth and engagement would be a good topic to bring to IBC is because Microsoft’s play in this market has been a little undercover.”

Contending that Microsoft now arguably representing the largest telco into the world, Cooper’s session highlights the most pertinent aspects of audience engagement across new digital platforms.

“We are a pervasive global technology company that also understands how to use our platform to help our media and entertainment customers to drive their content in more innovative ways, - specifically using AI, data and intelligence,” Cooper says.

“What I call audience intelligence, when combined with data, could be used to make some very smart decisions and choices about what to put out there.