The future in media and entertainment is now – are you ready? 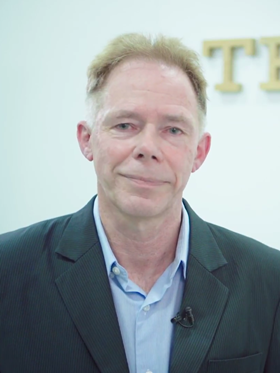 People are increasingly turning to smartphones, tablets and other mobile and Internet-connected devices to watch video.

IBM’s recent survey of nearly 21,000 people across 42 countries confirms that not only are consumers increasingly watching video over the Internet, but they are clearly going mobile, with people using mobile broadband where Wi-Fi is not widely available.

Digital disruptors such as Netflix, Amazon, Facebook, Google and Snapchat have embraced the consumer’s love for video to fundamentally change the customer video experience.

In fact, they have reset customer expectations for the media and entertainment (M&E) industry and are now competing with traditional M&E companies for the time, advocacy and money of consumers.

Most traditional M&E companies have yet to transform their business models to respond to the new customer expectations. It is time for them to recognise the imperative for Digital ReinventionTM. They must enthusiastically embrace the opportunities that the marketplace is currently presenting (see Figure 1). 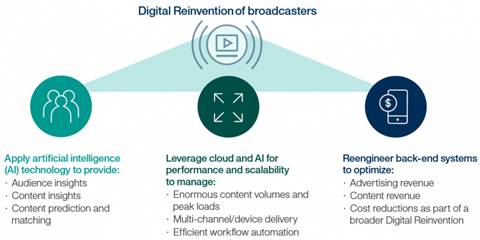 I want my MTV

MTV’s slogan “I want my MTV” – also featured in one of Dire Straits’ songs (1981) – was actually to inspire people to pressure their local cable providers to provide MTV. It was the beginning of the music video revolution.

And we are now at the beginning of a similar revolution. People nowadays expect – yes, even demand – more engaging and personalised experiences when watching video, in context, in the moment all the time.

To deliver services personalised in the moment, M&E companies must gain insights from large amounts of data and act on it in real time.

With cognitive technology media companies can get the audience and content insights they need, and match audience interest to content relevance more accurately, more in the moment and with a much greater degree of personalisation than would be possible without this technology.

Assuming media organisations are successful in creating the insight to achieve the personalisation that delights and engages each individual consumer, the next challenge will be scaling their media-processing “factories” to deal with the massively enhanced volume of content and workflows that this approach implies.

As nicely conveyed in the song “Video Killed the Radio Star” (about how technological advances were overtaking the music industry), in an ever-changing and ever-advancing technological world, organisations have to adapt as well.

Read more IBM’s research paper Becoming a “living” media partner for your consumers was released at the IBC2017 Leaders’ Summit.

And as Abba made very clear in “Money, Money, Money”, at the end it must bring home the bacon. In other words, media companies will need to make backend systems and processes more intelligent to fully monetise the new opportunities while cutting costs.

Emerging technologies like cognitive solutions and blockchain are playing a growing role in both revenue and cost optimisation. Cognitive tools are already driving significant business value for companies such as Netflix, BBC and the Masters Tournament. And Blockchain supports more effective monetisation by ensuring that the right people get paid across the media ecosystem.

The digital future is now!

In an environment that is in a severe state of flux, the ultimate winners may be either new entrants that move and scale the fastest or traditional major incumbents that are willing to adapt and change.

Successful companies will need to disrupt their own business models, implement the cognitive and personalised paradigm, change their own bundle for distribution, reinvent their production factory, offload non-core processes and use the released capital to secure new footholds in a changing strategic landscape and an altering industry hegemony.

Want to continue the conversation with IBM? Click below to pass on your details.

CONTINUE THE CONVERSATION WITH IBM