As mobile video continues to grow, so too do consumer expectations, writes Penthera President and Chief Operating Officer Daniel Taitz.

Whether they’re sitting at their office desk, on a crosstown bus, or in their bed at night, consumers expect their video streaming services to deliver an engaging, high-quality experience, whenever and wherever they want. 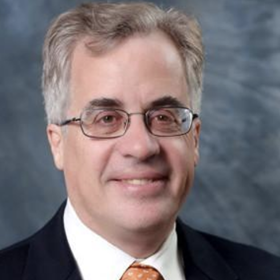 Yet this isn’t always the case, and most consumers are becoming increasingly aware of the fact that they aren’t always able to enjoy the viewing experience they want. Issues like buffering, slow load times, and poor picture quality persist.

Most of these issues happen in the last-mile of mobile video delivery, and the video streaming services providers (VSPs) often have no control over that last-mile connection. In situations where consumers may not understand what is causing the problems, they often turn their ire toward a brand they can identify – in this case, the VSP.

If not addressed by VSPs, these issues could have serious impact on their business. A March 2018 survey by Paywizard found that 75% of respondents would cancel an OTT subscription due to either poor service or a perception that the provider did not care about their needs.

It’s crucial that all VSPs make an honest assessment of the potential fixes, and then do what they can to take some control of the last-mile and improve playback. Giving viewers options like download and quality controls, while also addressing compression and encoding, should help VSPs on this mission.

Download
One way to solve last mile issues is to avoid them altogether, which is the case with download. By saving the content directly onto their device, viewers don’t have to worry about poor connectivity or buffering.

In a July 2018 survey of 1,000 US and 500 UK SVOD users, nScreenMedia found that 55% of US and 58% of UK survey participants said download was very important to them. With this level of support, it’s surprising that download isn’t ubiquitous across the VSP landscape.

Netflix has offered downloads since 2016, and has recently added new features that help remove watched episodes and automatically download the next one when a device connects to a wifi network.

Many VSPs can follow this model and offer a subscription download model that pushes the latest episode onto a consumer’s device, making it available for flawless playback the next time they want to watch.

Going one step further, download can support videos monetised through advertising by including the ads with downloaded episodes, even refreshing them so that they are relevant if the consumer watches at a later date.

Quality Controls
Another way to improve the viewing experience is to allow the subscriber to control the streaming video quality themselves. This helps the subscriber keep data consumption below usage caps, and improves the stream’s performance when coverage is weak or the network is congested.

To some, streaming at a lower image quality may seem synonymous with a bad experience, but that’s not the case when you factor in the size of the screens. A 5.5 inch smartphone screen may not be big enough for a viewer to discern the difference between HD or standard definition, but the lower resolution might cut the required bandwidth in half.

T-Mobile is already going this route, allowing customers to stream as much video as they like as part of its Binge On feature, with the caveat that the quality is capped at 480p (standard definition).

Compression
Compression removes repetitive information from a video image, allowing it to be streamed on much lower bandwidth data connection, which can alleviate some last-mile issues.

Fortunately, there’s a somewhat simple fix here for VSPs. Because compression is a function of encoding (more on that below), VSPs can improve their compression rates simply by updating their encoder software.

Another way to improve compression is to move to a more advanced scheme, like HEVC (high efficiency video codec, also known as h.265). This can potentially halve the bandwidth required to deliver a video at the same resolution.

However, the industry has been slow to adopt HEVC due to a lack of device support and low consumer adoption. If most of the devices used to stream video don’t support HEVC, it requires services providers to simultaneously support older formats. In other words, this move to solve last-mile issues could make video delivery more complex than it was before.

Encoding
Something as simple as the way a video is encoded can impact the viewing experience as well. Most VSPs use a single encoding profile to deliver their video, but they don’t take into account how different the actual content might be. The encoding requirements for a cartoon and a movie containing high-speed action are vastly different. If they are encoded similarly, the user may end up using more bandwidth to stream the cartoon than necessary.

Netflix tackled this issue a few years ago when it switched from a fixed set of encoding profiles to a customised profile for each title. The new encoding delivered what the company called a ”crisper” picture for its Bojack Horseman cartoon series, along with a 20% reduction in bandwidth with no loss in quality for the live-action series Orange is the New Black.

Long-term fixes
Wireless carriers and broadband providers are often the parties truly impacting the last mile. While these companies have invested in several apparent fixes to last-mile issues, such as wi-fi hotspots, 5G coverage, and Ultra HD capable broadband, each of these would-be saviors has its own problems.

For instance, 5G has the potential to solve the buffering and slow playback that lead to high abandonment rates, but it’s still not clear how long consumers will have to wait for their mobile providers to roll out full 5G coverage. Wifi hotspots are becoming more common, but while they may cover large areas of the US, the mobile operators restrict their usage to only their subscribers.

In other words, a consumer may be near a hotspot, but if they have AT&T and Verizon owns the hotspot, it does them little good. Finally, broadband cable capable of delivering Ultra HD remains expensive and inaccessible to many homes, meaning that, once again, wide adoption is some ways away.

Because these solutions aren’t quite ready yet, it is all the more important for VSPs to take action on their own instead of waiting on internet and network carriers to help solve the last-mile problems in the immediate future. Again, even though last-mile issues may not necessarily be their fault, consumer frustration almost always extends to the VSP.

While there is no short-term solution for solving all of the last mile problems, VSPs do have more power than they realise for addressing playback issues. By exploring their options in download services, quality controls, compression and encoding, VSPs can ensure that they’re doing everything in their power to capture user attention and deliver a high-quality viewing experience.

Daniel Taitz is President and Chief Operating Officer at Penthera.

IBC2018 Penthera will be hosting an Oktoberfest celebration on Friday 14 September at IBC2018.

Penthera"Penthera is a global software company that develops and deploys software products facilitating the delivery of TV shows, movies and other video content over wireless networks to mobile devices."