Is OTT going to take over broadcasting? It’s the ever-present question for broadcasters, to which the simple answer is no, they must do both, writes Peter MacAvock, EBU and DVB.

There is much for broadcasters to do to adapt to the OTT world. Profitably. 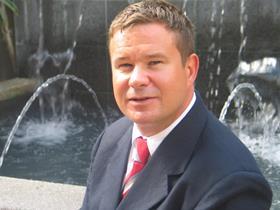 Broadcasting is no longer national, but international. I acknowledge that broadcast regulation is logically separated according to countries, but this doesn’t seem to bother the multinational OTT operators much.

While a broadcaster’s content might be locally focused, funded and sourced, those that compete for consumer’s eyeballs and ears are international.

This year’s IBC was dominated by new technology helping IP production, remote production, OTT and new applications for viewers to enjoy, but broadcasters need to recognise that it is only by breaking down all technical barriers between the European broadcasting territories that they can hope to drive the technical synergies necessary to harmonise their user experience across all platforms, and all territories.

Remember that these same platforms aren’t national anymore either, but all delivered as variants of the same international platforms. It’s crazy to have one country accessing HbbTV services through a red button, and another through a blue button.

While others concentrate on the complex task of building Europe-wide OTT platforms, we can concentrate on the technical challenge at hand. The aim has to be work to together to develop common technical solutions and then deploy them across all broadcaster products. And we have the means to do this.

A change in mindset is required for European broadcasters, where they must strive to compete on content and services but based on the same underlying technology.

It sounds so obvious, but why are broadcasters all still developing their own individual web media players for example, especially when they have the same characteristics? Isn’t it enough for broadcasters to have to serve a myriad of different devices and network operators in a given territory?

The aim should be to divide up the technical problems between key stakeholders, and to build an ecosystem that permits European industry to take on all comers.

We have examples of how this can be done in the European Broadcasting Union (EBU), where members have gathered together to design, develop and deploy a recommendation system and single-sign-on system which is currently deployed in a number of European broadcasters, with others in the pipeline.

We have pioneered a new ‘inner-source’ working methodology that could be described as a multinational, distributed scrum development team.

The recurring challenge: convincing the broadcaster management to dedicate the resources to the team. And yet the returns on investment, product performance, time to market and strategic positioning are easy to demonstrate.

Relinquishing control of a set of resources for a common good is the bedrock of the EBU’s model, and its modern equivalent is as relevant now as it was when European broadcasters first started exchanging live pictures from Queen Elizabeth II’s coronation in 1953.

I also happen to have a prominent role in DVB. This is because my employer believes that it is through collaboration with industry that the broadcast community can best develop the backbone for this much closer collaboration.

DVB is working to address a unique set of challenges. We all witnessed an enthralling FIFA World Cup this summer, and despite all the hype, we all relied on free-to-air broadcast television to witness the great highs and lows.

We might have followed some elements using broadband and on mobile devices, but when it comes to the big occasions, there is no substitute for the quality and reliability of broadcast television.

Linear TV is DVB, but DVB can’t rest on past successes; the challenge of bringing this type of experience using broadband networks is as big a challenge as was the digitising of analogue TV. The question is whether DVB is up to the task, or whether others will step in with the risk of inferior results.

Watch this space as DVB embarks on the DVB-I complement to its core broadcast specifications.