In November 2014 I organised, on behalf of the IABM Educational Foundation and EBU, a conference in Geneva on the engineering skills shortage facing the electronic media industry.

At that time there was widespread agreement that there were nowhere near enough engineers coming into the industry – IABM research at the time suggested 70% of respondents had identified a skills shortage.

Recruitment remains a very real crisis for all media companies, and particularly traditional broadcasters. Recently I spoke to the head of technology at a major broadcaster, who told me he was keen to get maximum publicity value out of their investments because “talking about interesting projects is good for recruitment”. 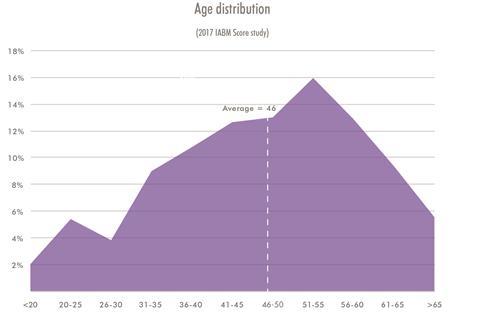 As part of an update, IABM recently ran a global census, called Score, which looked at the problem. Arguably one of the most shocking findings is that the average age of engineers working in our industry is 46, the most populous age band is 51 – 55, and almost 6% are aged 65 and over. It also illustrates a disturbing gender bias, with 88% of the respondents being male.

The Geneva conference in 2014 heard from a number of universities delivering broadcast engineering courses. The broadcasters and vendors present were impressed with the scope of the courses and the expectations they had of their students, and in return the professors were proud that they could place every one of their graduates in good jobs.

The challenge, though, is that there were simply not enough students applying for courses with the right qualifications and a desire to work in media. I recently spoke to Professor Wolfgang Ruppel of RheinMain University of Applied Sciences, to see if the situation had changed.

“Our students are very well received in the industry, and most of them can choose between several openings once they have graduated,” he told me. “The problem is, we could ‘sell’ more of them if we had more.

“There is still a significant percentage of students leaving us within their first year,” he said, “mainly due to a lack of mathematical skills, and technical understanding and interest.”

Solution to skills shortage is down to the whole community

At the time of the Geneva conference, Alina Mannanova was a broadcast engineering student at St Petersburg University in Russia, and attended alongside her professor, Konstantin Glasman. She has now gone on to graduate and to take a job at a television station in St Petersburg.

“I had the opportunity to work for Olympic Broadcast Services in Sochi during my fourth year of study,” she told me. “Since then, I have been invited to work for them in Rio and I am going to Korea [Winter Olympics in PyeongChang] as well. So my university helped me to build my career with real work experience.” 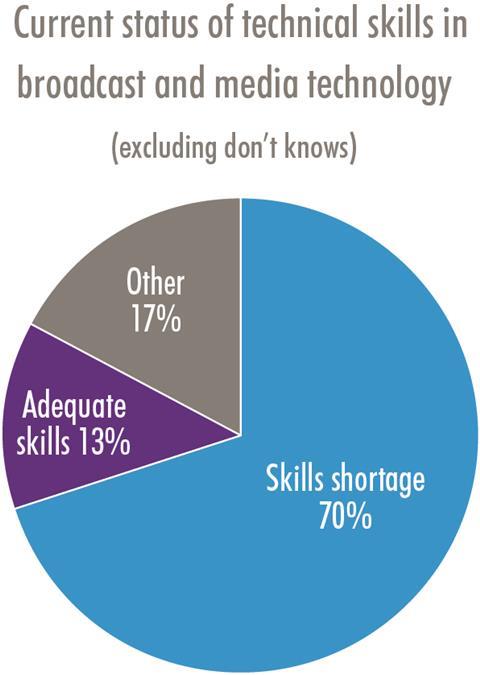 There is no shortage of young people capable of developing skills in media and IT. What remains a problem is convincing them, early enough on their career path, to consider our industry. Alina’s experience is typical: the opportunities for exciting as well as invaluable work is there if you seize it.

So the solution to the skills shortage is down to the whole community. We have to engage and enthuse potential recruits, right from school age, in the media industry with all its complexity and unique requirements.

One vendor (specialising in compression and communication) speaking at the original conference encouraged students on attachment from university. “We make them work on something that is valuable to our business,” she said. “That is how we get them attracted into the industry. And they talk to their friends. That might give us good students coming to work for us.”

And a leading European broadcaster added “We have to go and face them with our challenges. Show them that we have real engineering issues. There is development to do and it is not a standardised development, so you can put your skills and talent into real projects. If they can see what problems we have, I am sure we can persuade people to join us.”