The push for new security and performance standards

Across the industry, content supply chains are becoming both more geographically distributed and interconnected. Driven by consumer demand for content on any device at any time, large media enterprises now regularly work with an array of smaller specialty production, post-production and delivery companies.

Cloud-based and IP technologies have enabled the shift, bringing compute and software resources — once only available to the largest media companies — to everyone in the Internet-connected world. 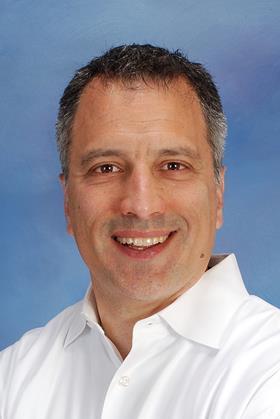 Collaborative workflows help reduce costs, and they also tend to produce more creative, diverse and inclusive works. However, not every company along the chain has equally secure and high-performing technology stacks.

For example, we often see companies, large and small, still relying on FTP, despite its well-known security and performance issues. When companies finally replace FTP with modern SaaS solutions like Media Shuttle, they quickly realise they should have taken the step long ago.

Indeed, the most technically-savvy media start-ups today understand that intelligent cloud-based file transfer software — which is secure, easy to use and reliably high-performing — needs to be core to their tech stack.

Founders like Nathan Ross, CEO of Blackwater Digital Services, located just outside of Atlanta, are making it a priority: “When I started my own company, Media Shuttle was definitely one of the first things I spent money on.”

So, what holds some companies back? In large companies we hear from, IT leaders have often been pushing to replace FTP for years. But managers are understandably reluctant, assuming it will take a huge effort to onboard people to a new solution.

Smaller companies often see FTP as a cost-cutting option, not realising the hit to their workflow efficiencies (and reputation).

Catalyst for change
After the 2017 breaches at HBO, Netflix and Disney, several large enterprises banned FTP. In many ways, those security scares were a catalyst for positive change across the industry, as well as within Signiant.

Signiant recently launched a new SaaS solution, Jet, that specialises in fast and secure automated transfers between locations, including intercompany transfers. Jet removes the need for IT specialists on both ends from having to manually configure access and rules – a process that can open up security holes.

Currently, industry leaders are pushing for higher security and performance standards. The Digital Production Partnership (DPP) in Europe is one example of a regulatory agency taking on the issue. The newly formed Trusted Partner Network (TPN), a joint venture between the Motion Picture Association of America (MPAA) and the Content Delivery & Security Association (CDSA), is another.

At Signiant, we’re happy to see this shift. Media Shuttle is already used for fast, easy and secure transfers between people in every country in the world. With the launch of Signiant Jet, we’re further supporting the high security and performance standards needed in this interconnected world.