The semantic answer to data simplification

Semantic technologies can do what traditional data techniques failed to do, writes Jean-Pierre Evain.

Data has finally emerged from its dusty den and is now a top item on every broadcaster’s agenda. 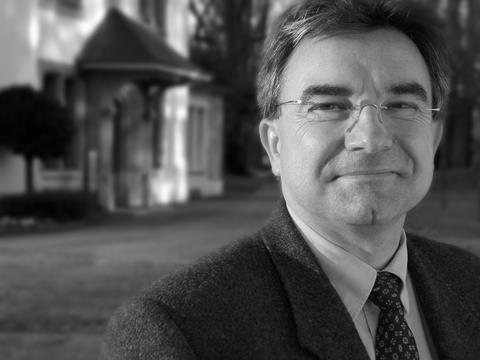 To say that data drives everything has almost become a truism. But why was its importance so badly underestimated over most of the last three decades?

One reason was a lack of vision that let data drop to the bottom of priority lists for research and development. Then data was associated with archives only – certainly an important topic, but not one that helped raise its profile.

But the main issue was, and to a certain extent still is, a lack of understanding and know-how. There’s a lot of catching up to do now.

Data is for experts – or is it?

Specific expertise in metadata doesn’t hurt, but we can minimise the learning curve to get developers and system integrators started.

We can have a solution that adapts to an ever-growing list of data types and applications, such as descriptive and technical metadata. It can automatically extract metadata that spans a wide range of features and can be used for deep learning, as well as big data, linked data and other applications for Artificial Intelligence (AI).

But what if that same approach could easily cover the varying needs of a large panel of users?

What if a database acted like a simple repository that required minimal management and no schema, and had interfaces as simple as REST (Representational State Transfer)?

What if custom data was no longer a burden? What if linking data from production silos was to become simple? What if the approach also offered a solution for dynamic web publishing? What if this would be your first step into AI?

Is this a realistic proposition and can a technology solution really address all these challenges at once? Yes, it can: semantic technologies can do what traditional data techniques failed to do.

The semantic approach: simple and powerful

Semantic data is based on web technology. It describes features and relationships between uniquely identified “things” such as media resources, people, locations or events.

The simple but powerful idea behind semantic modelling consists of using simple statements, so-called triples that contain a subject, a predicate and an object.

The semantic approach allows data models to be developed more quickly and intuitively, and in a flexible and scalable manner.

New classes and properties can easily be added, linked, tested and optimised.

Reasoning helps to make sense of your data, bringing together pieces of information that may have seemed unrelated at first glance. These operations are made possible by the SPARQL query language and the fact that semantic repositories are simple, but not dumb, buckets.

Semantic data also natively enables linked data, which can be exploited to enrich in-house metadata sets with media resources online or elsewhere. This is one typical example of media-related AI applications that can greatly benefit from a semantic implementation, just as automatic metadata extraction and big data can.

The EBUCore RDF, EBUSport and EBU CCDM (Class Conceptual Data Model) can be used to implement semantic data services, which can be adapted and extended at will. To show how powerful these approaches are, the EBU has developed several demonstrations around sport, news and drama.

Several EBU members have gone operational or are already actively implementing or investigating the use of semantic technologies, and several companies are proposing semantic solutions at IBC. In 2009, at the IBC Conference, I asked whether semantic technologies should be part of the broadcasting future. We now have the answer: yes!