2020 in review: The satellite sector’s year to forget

The world’s ‘Big 4’ satellite operators suffered badly during 2020, with the impact of Covid along with a host of other factors combining to create challenging conditions and make 2020 a year to forget for the satellite industry. 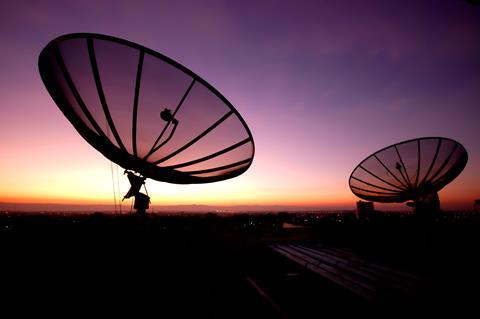 2020: A challenging year for the satellite sector

As a result of restrictions following the coronavirus pandemic, business and tourist travel near-vanishing meaning no connectivity business from the world’s airlines and cruise ships.

On top of that, digital compression - meaning significantly less capacity needed by broadcasters – continued. There was also a lack of progress in Ultra HD take-up by broadcasters, all compounded by the cancellation of key sporting events, notably the Tokyo Olympics meaning less international and local demand from broadcasters.

The one outstanding bright spot – at least for the ‘Top 4’ – is that they each agreed to take the Federal Communications Commission (FCC) settlement payments for repurposing their C-band spectrum over the US.

The FCC will use the spectrum for an auction for use in 5G’s rollout.  The FCC’s auction started on Dec 8 and is expected to generate around $51 billion for the US Treasury (and a massive $21 billion more than first estimated).

The FCC is compensating the Top 4 players with “incentive payments”.

Intelsat – despite its bankruptcy – will get $4.87 billion. SES gets $3.97 billion. Eutelsat $507 million and Telesat $344 million. Intelsat and SES are ordering new fleets of satellites to handle these spectrum changes, which is positive for the overall industry.

That’s the good news. The bad news doesn’t make happy reading. As mentioned, the Covid pandemic has devastated revenues for all of the satellite operators. Their own financial numbers prove the damage done.

SES, for example, unveiled its 9-month numbers (to Sept 30) on 5 November and announced a major strategic change. It is no longer considering dividing its business into two (Video and Networks). The now abandoned logic would have seen the new company focus more on its fast-growing ‘Networks’ division and leave the once vital cash-cow video segment (although still 59% of revenues) to maintaining what everyone now recognises as a plateauing – and perhaps even declining - DTH business. SES Video division’s revenue was “stable” at €832m (but actually down 8.1%).

SES is on schedule to have completed Stage One of the FCC’s C-band spectrum clearing plan. SES has to clear the first tranche of spectrum by December 5 2021.

Intelsat is also on track with its FCC obligations, and is likely to emerge from its Chapter 11 bankruptcy reconstruction in early 2021. Both SES and Intelsat will receive their first payments from the FCC in late 2021. We don’t yet know what Intelsat plans to do with its cash but SES CEO Steve Collar says the money will be used to support its balance sheet. The second – and major – payment, and due towards the end of 2023 of some $3 billion to SES will be used in part to reward shareholders and perhaps make a few investments.

That cash will be helpful for SES and the other Top 4 players. Steve Collar admitted in his discussion with analysts that its ‘Mobility’ division had suffered during 2020 from a collapse in revenue, and that such revenues were “stressed” although he hoped for a return to more normal trading later in 2021.

Intelsat is also hurting. Almost all of its divisional numbers are down: Its Q3 Network services were down 6%, Media down 9%. The shining light was Intelsat’s reliable Government/Military Services unit (22% of total revenues) which grew 13% to $108m. 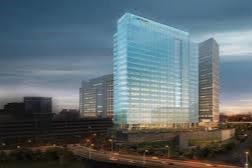 Intelsat, despite its bankruptcy, made one extremely important move during the year and bought airline connectivity service Gogo’s commercial business for a mere $400 million, and which reflected the bargain basement trading position at Gogo. The purchase showed considerable optimism that in-flight broadband will grow once the pandemic retreats and business and tourist travel returns. The deal wrapped in early December.

Eutelsat has also been busy despite the downturn. In July 2020 it announced that it would be buying BigBlu Broadband and that it would be incorporated into its Eutelsat ‘KONNECT’ broadband-by-satellite service now being rolled out over Europe, the Middle East and Africa. KONNECT received a big UK and European push on Dec 3.

However, it is Eutelsat’s Broadcasting division which worried the banking analysts. Analyst Sami Kassab (from investment bank Exane/BNPP) summed up his view that delays in new DTH projects pointed to a worsening in the three remaining quarters of Eutelsat’s current trading year (to June 30 2021) and not helped by the Coronavirus, saying: “Management pointed to a likely deterioration in organic revenue growth rates in Video and Government. Video is suffering from a low rate of new business activity while Government suffered a weak US Dept. of Defence renewal campaign in autumn 2020. The 80% renewal rate is below the 85% of Spring 2020 and the 90% of autumn 2019.”

These channel losses are mainly standard definition services, and it is encouraging to see broadcasters increasingly adopt HD transmissions. But as yet there’s no dramatic indications that Ultra HD is making much of an impact on satellite operators. 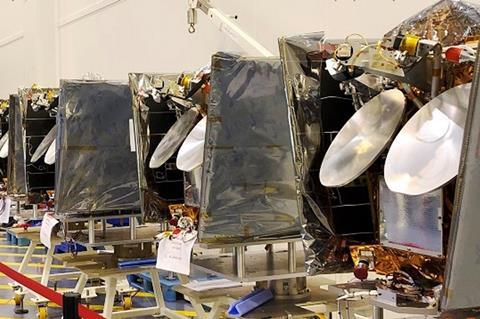 Ottawa-based Telesat announced a major change to it ownership structure on November 24. The news had been expected for some years, but evidently the parties simply had not been able to agree on the terms of a new arrangement and there were inevitable tax implications involved. The new structure holds onto Telesat’s existing shareholders (Loral Space & Communications and Canada’s Public Sector Pension Investment Board (PSP Investments) and creates a ‘new’ Telesat in approximately the same proportion as their current, but indirect ownership of Telesat.

Once the deal closes (around Q2/Q3 2021) Telesat will then seek an Initial Public Offering to raise some fresh cash to fund a planned fleet of 298 new broadband satellites.

This is inevitably good news for Telesat, and gives the prospect of better revenues over 2022-2023. Meanwhile, its current trading position is poor. Revenue for Q3 (to Sept 30) fell back 15% to C$202m. The 9-month numbers were slightly better overall with revenues of C$619m, but a fall of 10% on the same period in 2019.

All in all, 2020 was a year to forget. But the satellite industry is – as ever - optimistic. There are new investments being made. Intelsat will finally escape its crippling debt servicing and start building new services. However, there’s also Elon Musk, Jeff Bezos and even the British/Indian OneWeb, each of which is planning new satellite-based global broadband services. But they are another story.