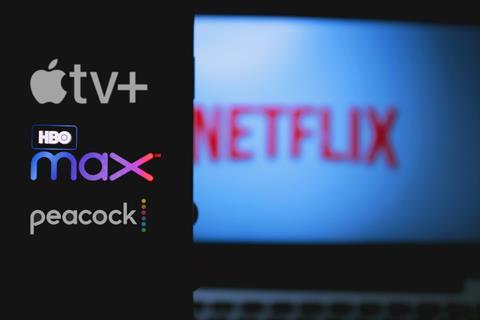 When Netflix entered the video streaming market in 2010, shifting focus from DVD rentals, it began a shake-up of content consumption that is now fully coming to fruition.

a decade later, Netflix is still the dominant force in the OTT market, but it is set to face some of its biggest challenges yet, as more players enter the game.

We’ve already seen the likes of Apple and Disney launch new services, but by the end of 2020, NBCUniversal, Warner Media and Quibi will all have launched VOD platforms aiming to compete with Netflix and Amazone Prime Video.

In a series of articles, IBC365 has looked at the emerging OTT services.

Hoping to leverage its huge installed base of iPhone and iPad users, Apple is hoping to take a bite out of the streaming market.

Disney already has streaming presence, both through its share in Hulu and sports orientated ESPN+, but Disney Plus is the House of Mouse’s big bet on streaming.

Launched in the US at the end of 2019, and due to land in Europe in March, Disney+ will bring together the media giant’s existing brands, such as Marvel and LucasFilm, plus most of its classic films, alongside new content.

WarnerMedia has until May to perfect its HBO Max streaming offer, which will become home for series like Game of Thrones, Friends, The Big Bang Theory, the Harry Potter films and DC Comics superhero movies like Batman, Superman and Wonder Woman, and classic films such Casablanca.

The service will also put out 31 original series during its launch year. These include House of Dragons, a 10 episode prequel to Game of Thrones, revivals of the classic Looney Tunes (Bugs Bunny, Porky Pig) cartoons, and a new series featuring the Hanna Barbera characters (The Flintstones, Jetsons, Yogi Bear, Mr. Jinx) called Jellystone.

Taking a slightly different approach is Quibi, which is set to offer premium short-form content through its SVOD service.

Top-tier talent has flocked to the service, lured by its top management team, big budgets and attractive partnerships. But questions remain about the appetite for snackable content subscriptions.

NBCUniversal has opted for a different approach to its new OTT service, Peacock. Instead of launching a pure SVOD, the Comcast-owned media company will offer different packages, including an AVOD service.

Due in July, much of Peacock’s content will come from the vaults of NBC itself, including The Office (from 2021, following a $500m deal last year) and Parks and Recreation, two of the most-watched series on streaming services.