365 playlist: How the industry is adapting from home

Working remotely amid a crisis is challenging with budget cuts, contingency plans and broadcasting changes all causing uncertainty. In the first of a series, IBC365 rounds up industry innovations and tips on succeeding in remote working. 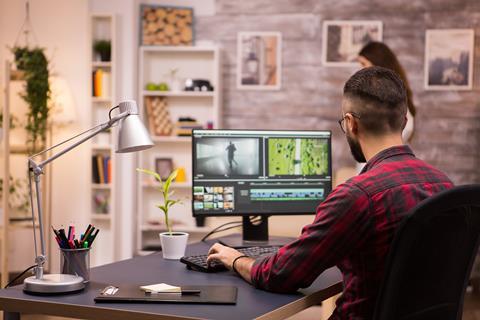 Working remotely: The industry is adapting to working from home during coronavirus lockdown

As the industry focusses on ways to work remotely and adopt new technologies to do so, one of the biggest challenges is adapting to the new normal.

Broadcasters are covering the news from home with anchors and correspondents coming live from their living rooms, while actors, producers, directors and behind the scenes crew working on film and TV sets have been sent home until further notice.

We have seen the Tokyo Olympics, Eurovision Song Contest, Wimbledon and Glastonbury among the events postponed with digital alternatives to tradeshows, conferences and meet ups scheduled through video calls.

It is a challenging and overwhelming time with the media and entertainment industry significantly impacted.

Earlier this week the Film and TV Charity opened funding for the UK’s Covid-19 emergency relief fund for applicants impacted by the loss of work to receive a one-off grant up to £2,500 after a survey of its members found that some 93% were out of work as a result.

Broadcasting union group Bectu conducted a similar survey which found that film and TV freelancers would be set to lose £33,000.

Broadcasters around the world are problem solving and overcoming the challenges Covid-19 has presented to scheduling, content output and proximity of teams working on rotation.

From news to entertainment, the demand from consumers is higher than ever before with the public requiring up-to-date and factual news broadcasts and escapism entertainment choices.

Delivering news and important updates, entertainment, education and exercise tips, broadcasters are honouring their responsibility to serve the public.

Producing live in a lockdown

With social distancing measures in place, broadcasters are having to innovate in order to keep their schedule busy and retain as much normality as possible.

Live programming has arguably never been more essential for linking the national community. Broadcasters are adapting to production regimes of remote host and audience interaction, with lessons and innovations that will stand the test of time.

All audience hosted live and as-live shows across most of Europe have been pulled or reformatted, with many finding ingenious ways to maintain continuity.

On 31 March, in what production partner Mo-Sys is claiming as a first example of its kind, a live corporate video for a major US-based CRM solutions specialist featured contributors connected to talent in the studio via Zoom, and in turn integrated into a virtual production.

Mo-Sys technology included remote real-time access to the Unreal graphics engine and the StarTracker camera tracking system. Even the director was remote from the studio, calling the show in real time over Zoom.

The Covid-19 hiatus on studio productions

As the spread of coronavirus accelerates, the situation across the industry is unstable and unprecedented.

The pandemic is sweeping the globe and having a serious impact on economies and industry sectors, notably the production of films and TV programmes have been forced to shut down for the safety of actors, crew and support staff.

The India Motion Picture Producers’ Association announced it would request the suspension of all film, TV, advertising and web series shoots in the country from 19 March to 31 March, while earlier last month Disney confirmed it would be suspending production for its live-action feature films, as well as a number of its TV programmes.

Broadcasters are working overtime to bring the public timely, relevant and important news.

From capturing to distributing news, global broadcasters are faced with significant challenges during the coronavirus pandemic. IBC365 investigates the agility of live news productions from the EBU, Euronews, BBC, ITV News and RTÉ.

Liz Corbin, deputy media director of the EBU, says: “From the beginning of this crisis, the EBU has taken a cautious and proactive approach to protecting staff but also maintaining the crucial services.”

The EBU has a dedicated WhatsApp group for PSM news outlets to share the latest news, help verify stories and ensure reporting across broadcasters is accurate and reliable.

One of the growing number of unknowns about the ongoing coronavirus outbreak is the effect that it will have on the supply side of the industry.

There are as ever, estimates and guesses, but as the whole world essentially enters the part of the map tentatively labelled ‘here be dragons’, there is little hard evidence to say what is coming next.

A big part of the problem is that the Just in Time manufacturing system that has been embraced by most industries since it transformed large-scale physical manufacturing in the latter part of the 20th century, relies on the swift flows of goods.

Once that flow is interrupted then it creates a cascade all along the chain. As this is the first genuine global disruption to test the model, no one knows quite how it will react.