As the Eurovision News Exchange hits 60 years of operation, it has welcomed a little brother that offers key linguistic and digital differences and that just happens to be carrying the survival expectations of public service media.

Funded by the EU Multimedia Actions Programme and the European Broadcasting Union, and tagged as A European Perspective, this online news initiative was ushered into being and is fronted by Justyna Kurczabinska, senior editor of Eurovision News Strategy and Development. What she dubs “a platform of platforms” involves 10 public service brands and AI translation technology working with seven languages. 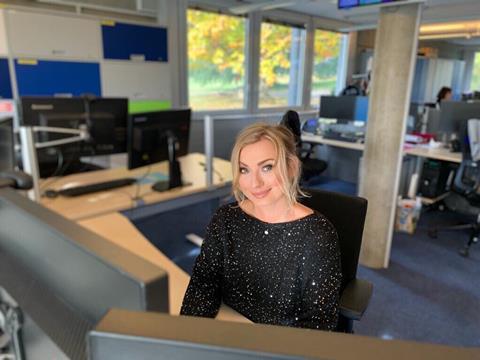 Each participating broadcaster submits at least 20 news items per month and agrees to publish 30% of the content pot. The underpinning technologies are the EBU recommendation system Peach and the Eurovox toolkit for automated language services.

So, will the EBU build a support infrastructure to protect A European Perspective from attacks on press freedom?

“This is a really big one. We are writing a report that will be available at the end of the year,” says Kurczabinska. “The big subjects are sustainability, funding and attacks on journalists. Coming back to the project, we are at the very start. It is innovation.”

In March 2020, the EBU gathered chief editors for a hybrid chat about what might be done in the digital space.

“Everybody is very humble, but very excited too. The more we go into the project the more ideas people have about what can come out of it and what we can learn,” says Kurczabinska. “The recommendation box can be developed in many different ways.” Editors can select the items that are most relevant to their audiences and publish them through a recommendation box featured on their website with specialised boxes for big subject content like climate change and sports. But does the project have to do extra work to keep young audiences engaged?

Read more Peach: How the EBU is pioneering greater personalisation

“The premise we had at the start was how can we share the trusted news that our members already produced. Covid helped to convince people that there is a need for this sharing,” says Kurczabinska. “Media intelligence services show that in 21 countries trust in PSM is still above 70%. What was really good is that we have seen an increase in the users of online platforms. These and mobile apps have attracted younger audiences.

“We see more young people coming to our PSM platforms, but at the same time I would specify this as our next big work objective. Young audiences access news via social media, so we have to reach them and determine how to bring them closer to the European Perspective.”

The European Perspective is all about trusted news and protecting quality journalism.

Journalists know they have to remain both critical and independent as well as being objective, so where does investigative journalism, which is renowned as being expensive, reside under the new structure?

Kurczabinska, who was involved in the creation of the EBU Investigative Journalism Network, states: “If PSM does not do it, then we are not delivering on the contribution to society. I have one story in my head, from when we did a number of pitch workshops. NRK offered up a story on the teenage closed-suicides networks on Instagram and how very often girls in psychiatric hospitals were going on to those networks.

Read more Press freedom: How journalism is being targeted and undermined

“At the time NRK picked up a number of takes, but if we had that on A European Perspective it would be one of the stories that had most traction with audiences and NRK would have been contacted by many more people. The choice is not to focus so much on breaking news, but on stories that bring perspective and a resonance across Europe. We are able to promote investigative collaborations much better than before.”

“The choice is not to focus so much on breaking news, but on stories that bring perspective and a resonance across Europe,” Justyna Kurczabinska, Eurovision/EBU

The documentary role of ARTE is called The European Collection. “They are pretty much the same, which means the docs have to be relevant to Europeans. It is important we promote diversity and inclusion, and EU values.”

The translation can be delivered in three ways – as text underneath, as subtitles, or delivered as the overlaid voice.

“It is not perfect because of the languages, but we are learning a lot because we are operating in seven different languages. What is great about this tool is that our members can decide how they want to deliver audio translation, or audio over video translation to audiences. There is a way to show the original text and the translation, and they can also have a full voice over,” explains Kurczabinska.

While translation was the biggest problem, copyright clearance was also an issue, particularly when it came to agreements with agencies.

“With any content that is offered by members through the recommendation box, they take responsibility for making sure that it is cleared globally,” says Kurczabinska.

How will A European Perspective expand in the future? “The concept itself can be applied to other regions and other genres, and our Nordic colleagues said they would love to have something like this for its regions,” she says. “In one of our discussions we imagined the European Perspective page where you have regions such as Scandinavian European and Central European.”

The project monitoring tool, which was on trial last year, came into regular use this year.

“It is very interesting to have insights on how different stories are reported/treated by other PSMs and in some places it can be surprisingly different. Looking at how others are covering certain stories is very inspirational and it helps them to enlarge their perspectives,” adds Kurczabinska.

“This is the first time in the online space that the members came together to promote one another. They want to show they are not just one PSM. The stories are carrying the branding of the members, and that is something that is unique in our history. They said it is time for us to show that PSM have value; a contribution to society,” she adds. “Quality journalism will survive, but probably the biggest threat are the global players controlling the delivery of content for commercial gain.”

PSM can produce great content, but if it is not prominent on the big social platforms it will be hard to make the public service case.

“There is a lot of work and discussions going on and the EBU is contributing new proposals for the EU Digital Services Act and the Digital Markets Act. Hopefully this will help to strengthen the prominence of PSM in Europe and assure the prominence of our content. This is one of the big challenges,” says Kurczabinska. “One of the ways to bring increased trust and be more open is to be more open about journalistic practices and maybe explaining how the reports were made. Be open when there is something that is not clear, or where the research is in some way limited.

“Quality journalism will survive, but probably the biggest threat are the global players controlling the delivery of content for commercial gain,” Justyna Kurczabinska, Eurovision/EBU

France TV is leading the way on this front, explaining to audiences how it builds its news reports. And the transparency is very popular. The big question remaining is how will the project share data that it accrues.

“Data is an extremely sensitive issue because we had to comply with all the GDPR requirements. In fact, the project has a very complex legal framework and data is one of the important elements. Members and the European Commission are interested in the impact in terms of what kind of stories people are collecting. We are collecting and will process and look at it before sharing the data with the participants. Hopefully, later it will make some kind of report – the number of stories visited, what stories were trending most. Our members own the data because it comes from their websites, but we are the data processors,” explains Kurczabinska.